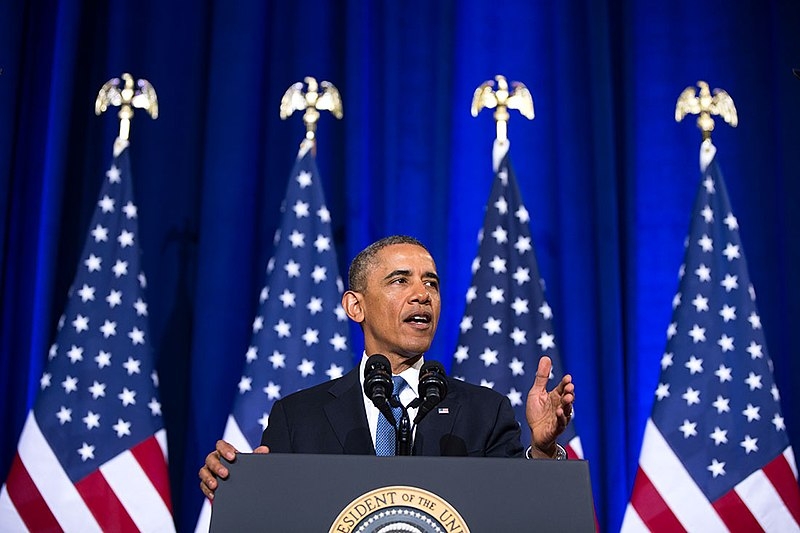 After being one of former President Donald Trump’s constant targets in his attacks, former President Barack Obama has become more vocal with his dislike of his immediate successor. In a recent Democratic fundraiser, Obama criticized Trump for trying to undermine the country’s democracy through his false election fraud claims.

Speaking at a Democratic fundraiser this week, Obama blasted his successor for refusing to comply with a peaceful transition of power to an incoming administration. Trump’s refusal to concede nor accept his election defeat to Joe Biden led to his repeated push of baseless fraud claims even after a largely unsuccessful attempt to challenge the election results in the courts. The false election claims resulted in the Capitol insurrection last January 6, in the final weeks of Trump’s presidency and ahead of Biden’s inauguration.

Obama accused Trump of breaking a “core tenet” of democracy when he refused to acknowledge Biden as the winner of the election as well as his election loss.

“What’s been called the ‘Big Lie’ suddenly gains momentum...Here’s the bottom line. If we don’t stop these kinds of efforts now, what we are going to see is more and more contested elections...We are going to see a further de-legitimizing of our democracy...breakdown of the basic agreement that has held this magnificent democratic experiment together all these years,” said Obama, referring to Republican-led legislatures that are introducing voter suppression bills following Biden’s victory.

Previously, Obama voiced his support of a revised version of a sweeping voting reforms bill that awaits a vote in the Senate. The revised version was made by West Virginia Democrat Joe Manchin, a key member of the Democratic Party whose support or opposition poses a challenge for his own party in the upper chamber. Obama called the revised proposal “a product of compromise.”

Obama stressed in his comments what is at stake if the voting reform bills pass or get blocked in the Senate.