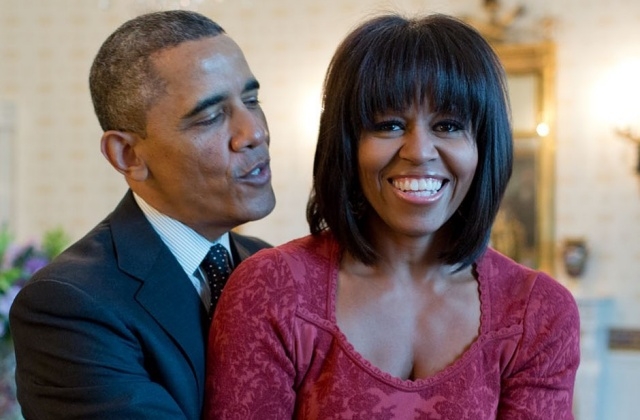 Barack Obama and Michelle Obama were said to be ending their marriage after almost three decades of being husband and wife. The couple is said to be fighting endlessly and so the relationship has turned toxic and the former POTUS wants out.

Barack is fed up with his wife’s lifestyle

In a report that appeared on Globe titled “Barack Slaps Michelle with Divorce Demand,” it was claimed that Barack Obama and Michelle have constantly been fighting, and this is becoming nastier as days go by. Based on the report, what is causing the conflict was mainly the ex-FLOTUS’ lavish lifestyle.

Their relationship has now come to a point where everything gets toxic already, and Barack can’t take it anymore, so he is demanding a divorce. The decision is said to be mutual as the former First Lady is also feeling the same level of toxicity in their marriage.

An insider revealed that the former First couple was said to be meeting with their respective lawyers so they can complete the divorce papers and put an end to the “toxic marriage of convenience.” Barack Obama was said to be the first to serve the papers to Michelle.

“She (Michelle) was shocked as you can imagine,” the source claimed. “But now she is conspiring with her lawyers to squeeze Barack for as much money as she can.”

The tipster went on to say, “But he’s refused Michelle’s demands for alimony and word is - Barack thinks it’s ludicrous because she can clearly support herself as Michelle has not only written a best-selling book, but she has a law degree as well and can go back to work any time.

It was added that Barack Obama has no intention of giving Michelle Obama their Martha’s Vineyard property that the latter really wants to have. The ex-POTUS has no desire to further support his wife’s fancy lifestyle.

Now, to get what she wants and make Barack give in, it was said that Michelle is planning to cook up an infidelity allegation against her husband. Allegedly, she has kept notes of her husband’s supposed cheating, and she has spies who are keeping tabs on Barack.

Gossip Cop already debunked this report because there is no evidence that proves the allegations stated by the Globe. Plus, only recently, Barack Obama just greeted Michelle for their wedding anniversary with a sweet message that he publicly posted on Instagram. With that, it is clear that there is no divorce.

“Even with everything going on, I wanted to take a moment to say happy anniversary to the love of my life,” Barck wrote. “Every day with @MichelleObama makes me a better husband, a better father, and a better human.”