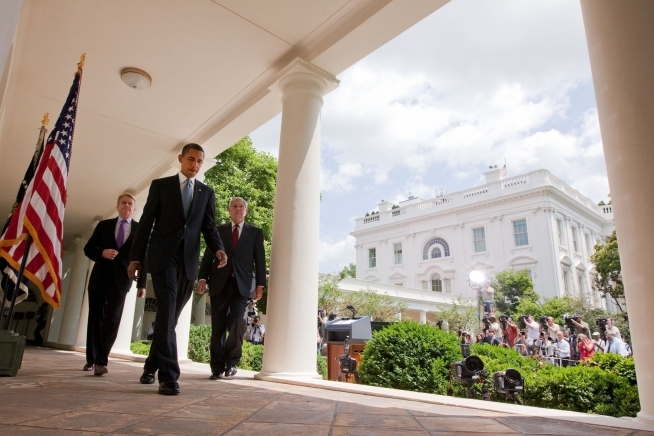 President Barack Obama is usually silent when it comes to discussing the current issues surrounding the coronavirus pandemic. Recently, he voiced out his support for Senator Elizabeth Warren’s coronavirus recovery proposals.

Politico reports that Obama voiced his support for Warren’s recovery proposals on Twitter. “As she often does, @SenWarren provides a cogent summary of how federal policymakers should be thinking about the pandemic in the coming months,” Tweeted the former president, who also shared a link to the former presidential candidate’s interview addressing the global pandemic and how it has affected the United States’ economy.

Warren’s proposal details an extensive framework on how to revive the American economy by the time the coronavirus pandemic begins to blow over. This is what the Massachusetts Senator was known for during her presidential campaign, and was the first candidate to present a proposal on how to fight the coronavirus, back when it was still somewhat contained in China. In March, she presented two more proposals before announcing that she would bow out of the presidential race. Nevertheless, Warren continues to be vocal regarding the effects of the pandemic.

Former President Obama has mostly only used his social media to offer words of encouragement and praise to healthcare workers on the front lines who are attending to infected patients as well as those who work at essential businesses. But while he publicly supported Warren’s proposals, he has yet to give his thoughts or voice his support of his former colleague Joe Biden’s coronavirus proposal.

Meanwhile, Obama also honored music legend Bill Withers, who passed away last week at 81 years old due to heart complications. “Bill Withers was a true American master. His music, rooted in the everyday joys and sorrows of working people, was soulful, wise, and life-affirming - a perfect tonic for hard times,” tweeted the former President, who also shared a link to the “This is Bill Withers” playlist on Spotify.