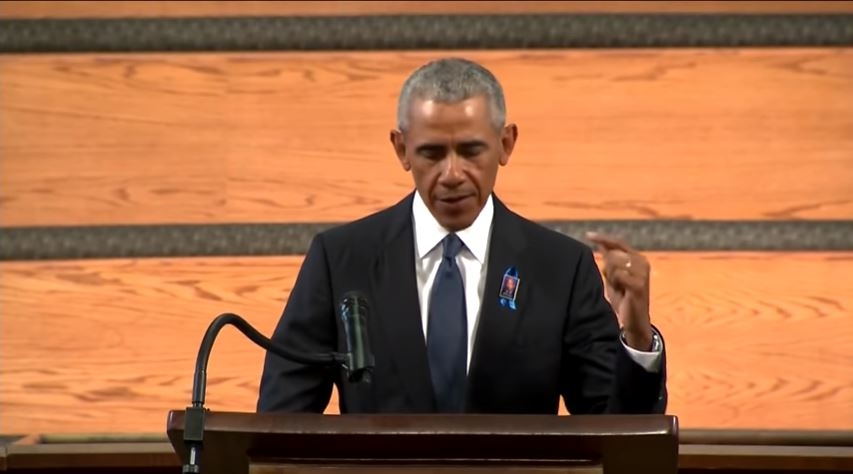 Former President Barack Obama has begun to openly take jabs at his successor, Donald Trump, especially as of late upon his opposition to mail in or absentee voting for the primaries and elections. During his speech at the funeral of late congressman and civil rights leader John Lewis, Obama criticized Trump and the Republicans’ attempts in voter suppression.

BBC reports that Obama, along with his predecessors Bill Clinton and George W. Bush, was among the former presidents who were present to speak at Lewis’ funeral. Lewis was among the Big Six civil rights leaders who walked alongside Dr. Martin Luther King, Jr. Lewis died from pancreatic cancer at 80 years old. It was here that Obama took a swipe against Trump for his racial rhetoric, criticizing his successor’s administration for engaging in voter suppression. The former president said that Trump and the Republicans today appear to be trying their hardest to keep Americans from voting through closing poll stations and imposing ID laws on students and minorities.

Obama also noted the US Postal Service’s role in sending out mail-in ballots to citizens in the midst of the COVID-19 pandemic.

In his tribute to Lewis, Obama noted that his victory during the 2008 elections was a product of Lewis’ and the other leaders in the Big Six’s fight for civil rights for African-Americans, being the first African-American president in history.

Bush, who is the Republican from the three former presidents who were present during the funeral, echoed Obama’s sentiments. Bush said that despite having differences with the late congressman, “we live in a better and nobler country today because of John Lewis...He believed in humanity and he believed in America,” said the former president.

Meanwhile, Trump was asked to comment on Obama’s speech during Lewis’ funeral. Trump attacked his predecessor, saying that he did a bad job for people of color and minorities. “He did a bad job for minorities. I did much more for minorities than he did,” said Trump. “You’ll see I did a much better job than Obama did by far for African Americans, for Asian Americans, for any women for any group you look at. Far better than Obama did.”