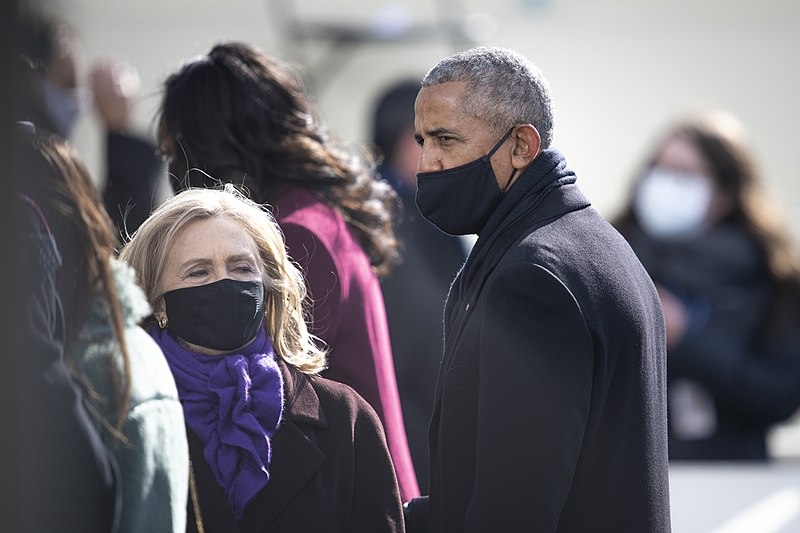 Former President Barack Obama is no stranger to the podcast scene and this week it was announced that a new podcast on Spotify will be launching soon. Obama will team up with singer Bruce Springsteen on a new podcast.

Obama and Springsteen will be collaborating on an upcoming podcast on Spotify. The title of their upcoming production is “Renegades: Born in the USA,” where the two will engage in a conversation on a wide range of topics from politics to marriage, fatherhood, and manhood. The podcast will be airing its first two episodes on Monday and will span eight episodes. “Renegades: Born in the USA,” is another production by the Obamas’ production company Higher Ground, as part of their deal with the music streaming service.

The former president’s podcast also follows the highly successful production of former first lady Michelle Obama’s self-titled podcast back in 2020. With the success of “The Michelle Obama Podcast,” Spotify hopes that the upcoming production by the former US leader will also reach the same success. This time around, the conversations Obama and Springsteen will have will likely center on politics and the state of the country including the cultural divisions.

“How did we get here? How could we find our way back to a more unifying American story?” said the former president in the show’s introduction. “On the surface, Bruce and I don’t have a lot in common. But over the years what we’ve found is that we’ve got a shared sensibility. About work, about family, and about America. In our own ways, Bruce and I have been on parallel journeys trying to understand this country that’s given us both so much.”

Meanwhile, Obama wished Tiger Woods a speedy recovery after the golfer was involved in a single-car accident in Los Angeles Tuesday morning. Woods was hospitalized following a rollover crash in California. According to the LA County Sherriff’s Department, the crash took place at the border of the Rolling Hills Estates and the Rancho Palos Verdes. Woods was driving north along Hawthorne avenue when his vehicle swerved to the wrong side of the road and flipped over to the hillside.

“Sending my prayers to @TigerWoods and his family tonight -- here’s to a speedy recovery for the GOAT of golf. If we’ve learned anything over the years, it’s to never count Tiger out,” tweeted Obama.