BTS made history at the 62nd annual Grammy Awards; Band’s red carpet appearance was praised for their good looks and style 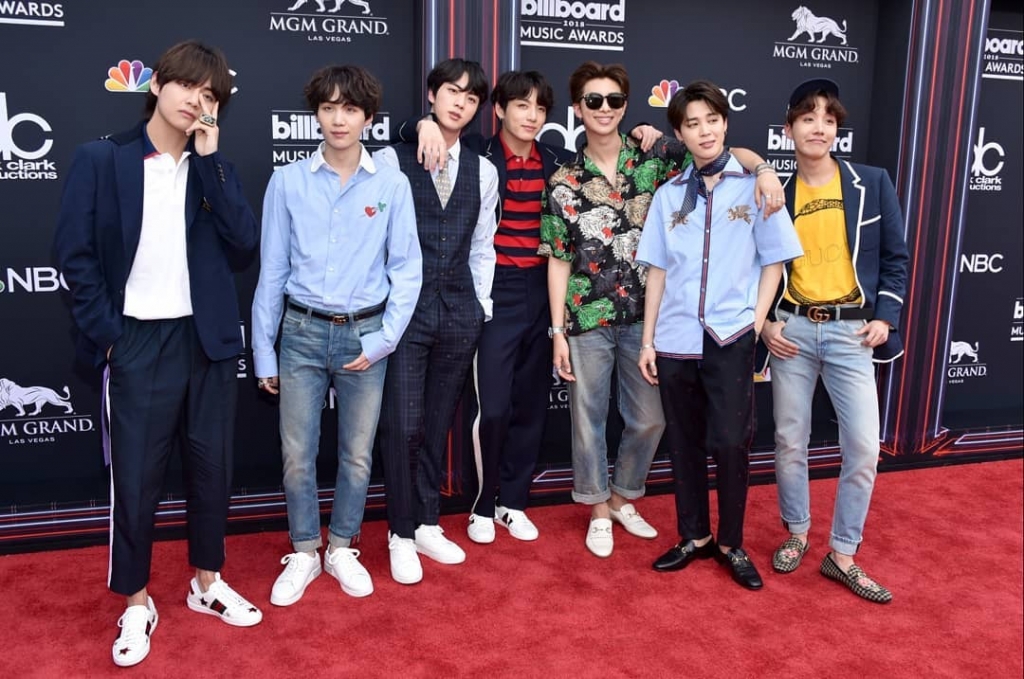 BTS recently made history when it performed on stage with Lil Nas X during the 62nd annual Grammy Awards ceremony that was held on Jan. 26 at the Staples Center in Los Angeles, California. The phenomenal boy group was the very first South Korean act to perform at the American awards show.

The group wowed the audience with their collaboration with Lil Nas X and sang “Seoul Town Road” as part of the “Old Town Road All-Stars” performance where Billy Ray Cyrus, Diplo, and Mason Ramsey also performed. Time Magazine reported that the rappers of BTS - RM, Suga, and J-Hope provided extra vocals and dance for Nas X. The publication described the group’s appearance as “short but sweet” as they killed it with their sharp choreography and high-energy performance.

BTS’ style at the red carpet

The Korean boy band that consists of seven members - RM, Jimin, J-Hope, Jungkook, V, Jimin, and Suga attended the recent Grammy awards, and many were in awe when they arrived and walked on the red carpet. The guys look so sleek as they don on blazers, trench coats, turtlenecks paired with black pants and shoes.

As Paper Magazine notes, BTS made a different kind of statement with their outfits as the Grammy’s that is usually attended by musicians who come out wearing cowboy hats, jumpsuits, and a number of accessories.

In other words, the band dazzled in their Bottega Veneta’s coordinated line of men’s wear. They look simple, but the boys really shine with their minimalist look.

Meanwhile, BTS also made an appearance at the Grammy Awards last year, but they stood on stage as presenters only. This time around, they performed, and that was what put them in the history of Grammy’s.

BTS is set to release their newest album in February. This will be followed by the group’s world tour that will begin in Seoul this coming April, with a four-nights concert schedule for two consecutive weeks. The group will then head to the U.S., Europe, and back to Asia. They are expected to complete the tour for 2020 by September.