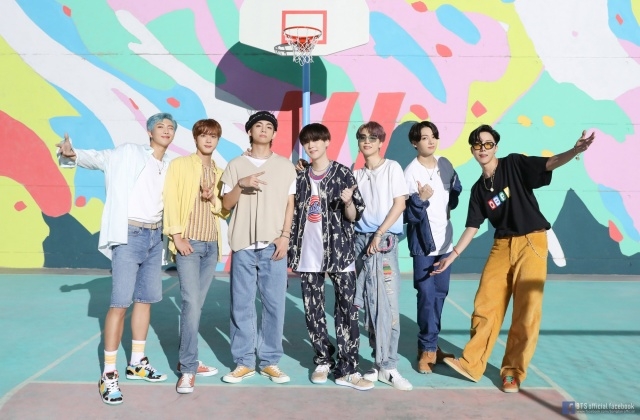 BTS shines once again at the recent Billboard Music Awards when they won the Top Social Artist award. The result was revealed during the ceremony that took place on Oct. 14 in Los Angeles.

The seven-member idol group beat fellow Kpop stars GOT7 and EXO as well as American singers Ariana Grande and Billie Eilish. This is the fourth time that BTS secured the award, and they have done it consecutively since 2016, as per Soompi.

BTS’s presence at the BMAs

BTS won the Top Social Artist award at the BMAs, and with that, the group became the very first Kpop stars who had this feat. The group also opened the ceremony with their presentation of their worldwide hit song “Dynamite.”

But then, as the COVID-19 pandemic did not allow BTS from traveling, the group performed remotely for the Billboard Music Awards. Elle reported that the group’s performance was described as flawless, with members’ energy emanating from the stage to the screens of the viewers.

At any rate, “Dynamite” is the band’s first English song that topped the Billboard’s Hot 100 for three weeks. It continues to break records and sweeps various major music charts around the world. It was a really huge hit that it was labeled as the “perfect all-kill” track.

Meanwhile, amid the awards and record-breaking feat of BTS, the calls for the delay of the members’ military enlistment is growing. The Inquirer reported that fans are requesting for the South Korean government to exempt BTS from serving in the army on the grounds that they have given so much prestige to their country.

Aside from this, BTS also brought in tons of money, so many of their supporters think that it is just right to exempt the members. Some of the government officials also agreed since there are already South Korean athletes and musicians who were granted the exemption for their contribution in making Sout Korea be known overseas. The final decision for BTS enlistment may be revealed soon since the oldest member, Jin is already at the required age to enlist.