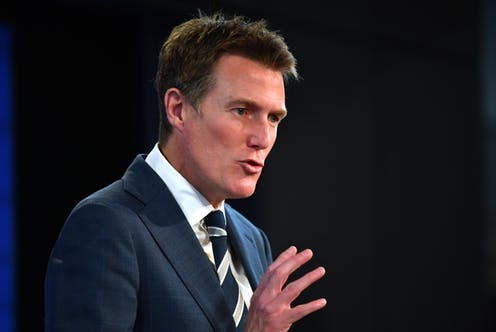 These reforms are a big win for the media industry. AAP Image/Mick Tsikas 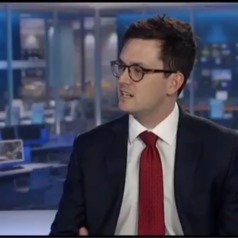 This means Australian governments have a plan for how to change defamation law.

Politicians are spinning this as a “modernisation” of laws that haven’t been changed in 15 years.

Whether or not this would “modernise” the law, these are media-friendly reforms that will make it harder for people to succeed in suing a news organisation in defamation. The campaign for media freedom by Australia’s news organisations has paid off.

Perhaps the most significant aspect of this proposal is a new defence of “responsible communication in the public interest” – a version of a defence developed in New Zealand.

The defence protects certain communications made by the person being sued, like a newspaper or a journalist. It requires the defendant to prove, firstly, that the matter is of public interest, and secondly, that its publication is responsible.

The defence will probably become the focus of a lot of litigation.

Likewise, would reporting on the private life of a politician who espouses conservative values be in the public interest? That’s debatable. And litigation lawyers pay for their BMWs with “debatable”.

When is a publication “responsible”? The proposed changes set out a list of relevant factors, which include

the extent to which the matter published relates to the performance of the public functions or activities of the person.

In other words, reporting on politicians is more likely to be “responsible” than reporting on what your neighbour is up to.

Another factor relevant to whether reporting is “responsible” is the sources of the information in the matter published, including the source’s integrity.

This is a good addition. It means journalists won’t have a defence if they engage in dodgy journalism.

It’s unlikely, for example, gossip mag-publisher Bauer Media would have been covered by this defence when sued by Rebel Wilson because their source was unreliable.

Don’t we already have this?

So for example, when Fairfax media reported Joe Hockey was a “Treasurer for Sale”, the judge determined journalists wanted to get back at Hockey, so they couldn’t use a qualified privilege defence. Hockey walked away from his defamation case with A$200K.

Another key feature of the proposed reforms is the introduction of a threshold of serious harm.

Inspired by UK legislation, it means a person cannot even sue unless they have actually suffered, or are likely to suffer, serious harm.

Although this will stop petty stuff clogging up the courts, it may create a whole new source of work for defamation lawyers, such as mini fights, called interlocutory disputes, over whether the harm caused by a publication is “serious” enough.

On the other hand, this change may deter some people from suing at all.

Other proposed reforms include tweaks to the cap on damages for non-economic loss. There is already an upper limit on the amount of damages that may be awarded for defamation which does not cause measurable economic loss but still harms the plaintiff’s reputation.

The cap can be exceeded if the defendant was particularly dodgy, where “aggravated damages” are justified. In cases like that brought by Geoffrey Rush, courts have interpreted the legislation to mean massive awards are available if the defendant has done something to “aggravate” the plaintiff’s suffering.

Under legislation called Limitation Acts, a person wronged by another only has a certain amount of time they can sue.

For defamation, time starts running out when “publication” occurs.

But under existing laws, there is a new publication each time something is downloaded from the internet. This is called the “multiple publication rule”. It means online publishers, like news organisations, are under perpetual threat of being sued.

Under the proposed changes, there will be a “single publication rule”. Time starts running when the matter is first posted or uploaded, and then “runs out” after one year, or after three years in certain cases. It’s another significant improvement for the media.

A big win for the media

Is that a good thing? It cuts both ways.

Freedom of speech is great until a smear campaign ruins your life. We should not buy into the far-right dogma that “freedom good” no matter what.

Media freedom is good, but absolute media freedom will lead to a nastier, more brutish public discourse. I worry these changes will embolden some sections of the media to engage in more aggressive political take-downs – more “gotcha” journalism.

This is not much of a victory for mainstream Australia. More than anyone else, this is a win for the lucky few who hold they keys to Australia’s media, whose support is essential to the political survival of those proposing these changes.

These proposed reforms are just that: proposed. Those in charge of the reform process are inviting submissions.

If the reforms are carried out in mid-2020, they will be “stage one”. A second stage of reforms will look at the liability of digital platforms like Facebook and Twitter.

If traditional media companies have their way, these companies eating into their advertising revenue could also be sued in defamation law. That would be great for media barons, journalists with insecure employment, and defamation lawyers like me.

For everyone else, it would be less great. These are not the “cyber age” reforms we are being promised.