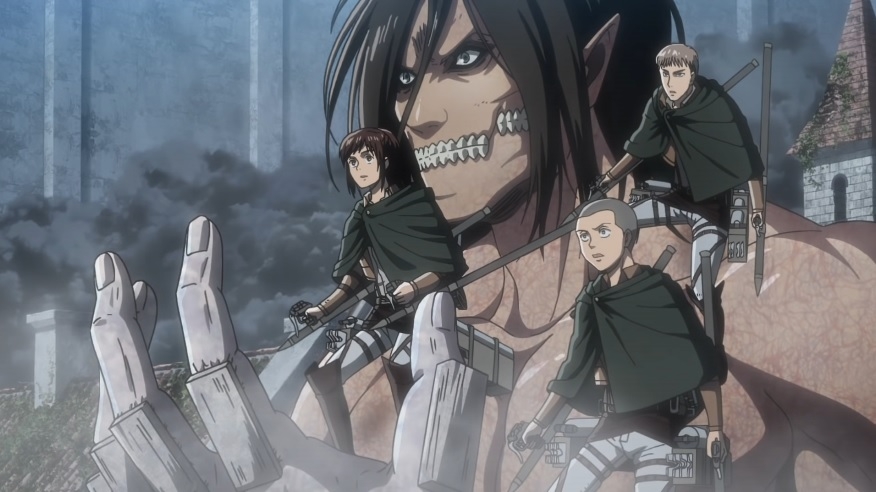 The final anime installment of “Shingkei no Kyojin,” also commonly known as “Attack on Titan” season 4, is one of the expected anime releases later this year. However, a list of anime shows to premiere in fall has discreetly removed the series leading to speculations on a possible delay.

‘Attack on Titan’ season 4 release date: Is it still going to premiere in 2020?

Very shortly after the third season concluded, “Attack on Titan” season 4 was confirmed to be the final hurrah for the internationally popular anime series. It was an interesting announcement, especially considering that the original manga series has yet to reach its conclusion. 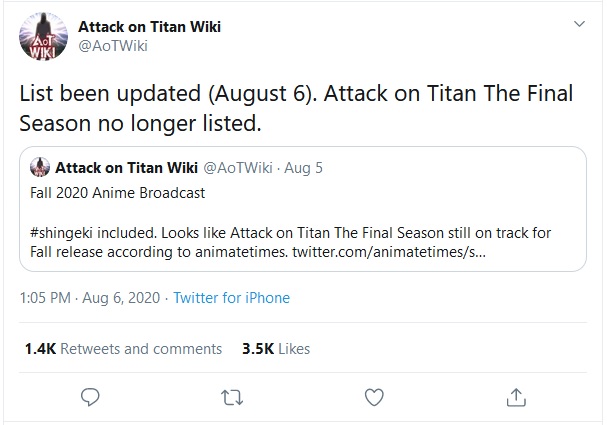 Still, fans welcomed the news that “Attack on Titan” season 4 is going to be the show’s last installment and fans have since been patiently waiting for its premiere in fall. However, the Twitter page Attack on Titan Wiki noticed that Animate Times’ fall 2020 lineup was updated on Aug. 6 and no longer includes the show. As of this writing, the list still does not include “Attack on Titan.”

Why some fans support the possible delay of ‘Attack on Titan’ season 4?

Although the producers have yet to officially announce a change in the “Attack on Titan” season 4 schedule, fans have already considered the possibility of a delay. Quite surprisingly, some viewers see it is a good decision for the sake of the show. Also, when AoT Wiki reported on Aug. 5 that the fourth season was still listed for fall 2020, some expressed concerns.

These reactions may seem absurd, but they have a point. It can be recalled that the production of “Attack on Titan” season 4 reportedly switched from WIT Studio to MAPPA just last May. WIT worked on all previous anime series episodes as well as the four anime feature films released from 2014 through 2020.

There were also changes in the main creative team including chief director and character designer in the same month. Additionally, most of the anime productions in Japan were postponed between April and May due to COVID-19. These explain why fans are worried that “Attack on Titan” season 4 is still on track for a fall 2020 release date despite having reasons to push back its premiere. As mentioned, however, neither MAPPA nor Kodansha has announced a delay in the final season’s launch.