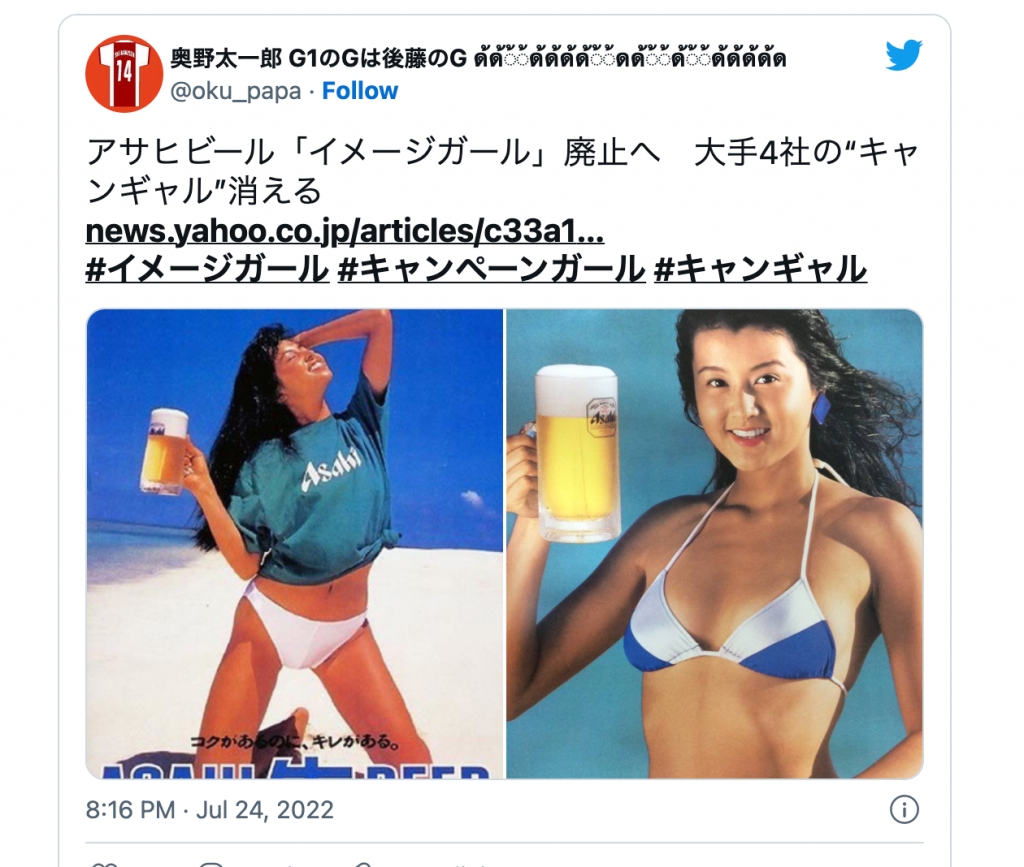 Asahi abolished the "image girl" spokesmodel position, which formed part of its marketing strategy, without clarifying the reasons.

In 2021, when the pandemic protocols and social distancing recommendations were making the photo shoots and in-person promotional appearances increasingly challenging to coordinate, Asahi Super Dry went on the market with no image girl for the first time.

Being an image girl requires posing in various seasonal and coastal outfits, including swimsuits.

The girls appeared frequently in Super Dry's advertising campaigns in the summer, when beer demand is at its peak and competition among brands is tight, even though it wasn't a specific swimwear modeling profession.

Since 1987, Asahi Super Dry has engaged an annual "image girl" to act as its spokesmodel. The image girl is typically a rising model or actress, like Norika Fujiwara, who achieved prominence in the entertainment world.

Asahi Super Dry Asahi has been on sale for 35 years, revealed in January that it was changing the beer’s recipe for the first time in its history, and now comes a big change in its marketing