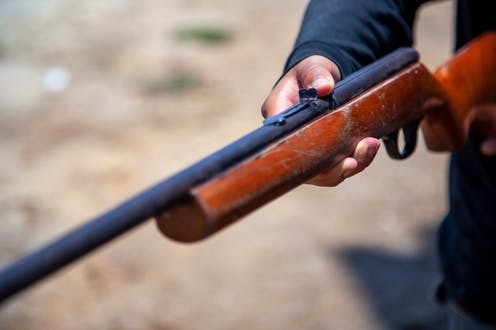 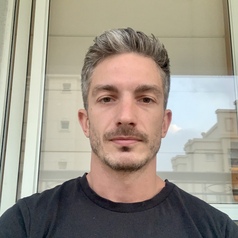 The future of the environmental agenda is on a collision course with Brazil’s violent past, as the murders of Brazilian indigenous expert Bruno Pereira and British journalist Dom Phillips have recently illustrated.

Three men who fished illegally in the Javari Valley, a part of the Brazilian Amazon near the Peruvian border, were charged with murdering Pereira and Phillips. Armed groups in lawless and remote areas of the Amazon are an understudied issue simply because they are so dangerous to research. But their activities are of global significance.

The Amazon’s rich biodiversity is fundamental to regulating the Earth’s water and oxygen levels and offsetting the man-made greenhouse gas emissions driving the climate crisis. But despite the importance of this region to the entire world, what goes on here remains out of sight and mind for most.

Those with the clearest view are Indigenous peoples in designated Indigenous territories, which comprise 22.1% of the Brazilian Amazon, and natural protected areas which make up a further 23.6% and are nominally excluded from development by businesses and other forms of private enterprise.

On the campaign trail in 2018, Jair Bolsonaro claimed: “Not one centimetre of land will be demarcated for Indigenous reserves”. Since entering office, his government has weakened Indigenous and environmental protections and scaled back enforcement.

It has also supported bill 490/2007 which, if passed, would prevent Indigenous communities from obtaining legal recognition of traditional lands if they were not present on them before October 6 1988.

The bill would prevent Indigenous peoples from claiming additional land to expand designated territories and endow the government with the power to remove reserves it decided were no longer required for the cultural survival of an Indigenous group, or for purposes it deemed in the national interest, such as building military bases or roads.

While many condemn Bolsonaro, pinning the fate of the Amazon on the actions of one government overlooks a longer history of land-grabbing and resource-related violence in Brazil. As early as the 17th century, bandeirantes (slave-hunting expeditions commanded by Portuguese business elites) drove westwards in search of Indigenous peoples to enslave. Afterwards, they used their labour to extract and transport gold, silver and diamonds.

With the help of militias and mafias, land-grabbing and resource exploitation continues today in less overt forms. According to studies and reports from across Brazil, including the outskirts of Rio de Janeiro, Manaus and Belém, loose networks of security agents or people skilled with weapons, sometimes linked to the Brazilian state, use violence to ensure illicit activities like illegal logging go ahead despite the laws prohibiting them.

Those carrying out the violence do not tend to be the main economic beneficiaries of their work, however. According to the characterisation of Professor Vivieiros de Castro, a Brazilian anthropologist, they tend to be “miserable, violent and desperate men” with few other options.

Elected officials tend to shrug off responsibility for these groups. Responding to recent questions about Pereira and Phillips, President Bolsonaro compared the state’s inability to safeguard lives in the Amazon to entering a Rio de Janeiro favela, saying there was “no way to guarantee security to people going to the region”.

But studies have shown how lawmakers and decision makers in government can be complicit in militia and mafia violence. One paper documented how political rhetoric can undermine the legitimacy of Indigenous claims to land. It also showed how the replacement of specialised technical officials in state environmental agencies with non-expert military agents can lead to the delay or obstruction of formal conflict resolution processes over land disputes.

As a result, those with economic interests in the Amazon are more likely to feel emboldened to use violence. The informal status of armed groups and their ability to mete out violence in remote areas is particularly useful for businessmen and politicians keen to exploit the region’s material wealth.

Front Line Defenders, an Irish human rights organisation, claimed that 27 people were killed defending Indigenous and protected territories in Brazil in 2021 alone. Many more deaths are likely to go unreported.

Threats against environmental defenders are seemingly insurmountable when understood within Brazil’s protracted violent history, but their plight is the world’s. Scientists recently warned that 75% of the tropical forest has become less resilient to stress, such as prolonged droughts, as the climate has warmed and dried since 2000.

Ushered in by violent men, this situation is exacerbated by illicit mining, logging and fishing, with those far from the frontline benefiting the most.