Countless individuals believe that success is more easily spoken about than achieved. As for Alexei Orlov, his rise to entrepreneurial success was not always a successive volley or in any way effortless. Instead, Orlov began laying the groundwork to become the professional leader he is today. Alexei Orlov started at the bottom of the business structure, learning what it takes to succeed in each specific position he acquired, collecting and storing that knowledge from each. He would then move to the next title he needed to conquer. Yet, Alexei Orlov did one thing that most people don’t have the foresight to do at the beginning of their careers. At the start, he set very high but realistic goals for himself. 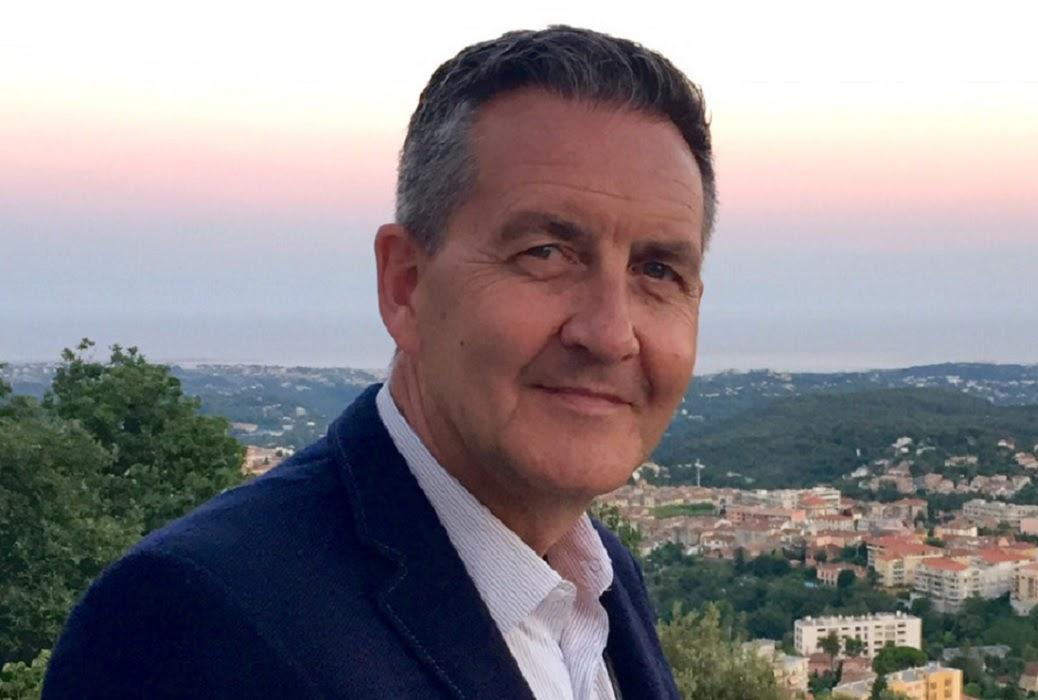 At the beginning of his business career, Alexei Orlov worked in a merchandising position and used it as a catalyst to begin developing all of his essential professional skills. Quickly Orlov's persistence, his drive to succeed, and willingness to learn a whole new set of tasks with every new title he earned lead him up the ladder and on the pathway to success. The world of business and the success he achieved here felt very organic after his first career choice faltered. Orlov initially believed the priesthood was his calling. Subsequently, he acquired and then usefully implemented many valuable pieces of knowledge from his time in seminary beyond the church’s walls on his quest to become a leader in the global business market.

Alexei Orlov's entrepreneurial teachings began far off the beaten path to business success, with a calling to the priesthood. Alexei Orlov left his family home early to study at a seminary near his childhood home. He felt the need to take on a leadership role in the church and assist people in their spiritual journey through life on Earth. Congruently, his time in seminary bestowed Orlov with his first essential leadership skills. He learned how to lead others in particular and distinct, high-stakes situations.

Orlov ultimately ended his time studying at the seminary due to an unrelated family issue that cut into schooling. Still, once he left the seminary, Orlov did not spend much time looking backward. However, the tools gained, and life experienced would serve him in many of his roles in his future career. This framework was used as the background and the foundation for his true calling, becoming a business entrepreneur. Alexei Orlov strongly believes that his first career choice, his time inside the seminary walls, steered him very directly into the successful person he has become today.

Upon leaving the seminary, Orlov took on several leadership roles, which eventually led him to serve as CEO of major global corporations worldwide. He even managed to begin his first wholly entrepreneurial business endeavor, grow it, and then sell his business for a significant profit in the midst of climbing the global business ladder to such heights of acclaim. Today, he boasts over 30 years of business leadership experience in over 40 countries around the world. Alexei Orlov considers his entrepreneurial endeavors, the businesses he has built from the ground up, as an intricately woven part of his entire existence. Alexei Orlov, the entrepreneur, sees no difference between his work and his real life.

Orlov takes on entrepreneurship as life and lives as a seasoned executive. He has found himself in a frontrunning position at the innovative forefront of global marketing, brand strategy and activation, marketing implementation, and business leadership. In addition, Orlov has proved himself to be an expert in the many fields he has chosen to pursue.

Late 2016, Alexei Orlov recognized that his current job’s CEO role was no longer serving him or serving society as far as he could tell. On one particular day, Orlov sat feeling perplexed and gazing out of a boardroom window in southern Florida during a meeting of C-suite executives from the many companies this major conglomerate Orlov worked with had under its wing. That day, Alexei Orlov was on a silent quest for something radically different from his other CEO and CMO colleagues.

Orlov wanted to set his entrepreneurial path. He explained to the powerful men that sat around that boardroom table that the world needed something different from all this now. As seen from Orlov’s eyes, this business and marketing world needed highly specialized and targeted companies. His company would specifically cater to the marketing and brand activation world but would find a very different, particular new window through which Orlov could foster more significant success in his clients’ most essential endeavors and moments.

He knew well that the men and women around that particular table in Florida would not necessarily understand his new path. Nor would they quite get when Orlov told them that this new endeavor did not need to become an additional multimillion-dollar gargantuan. Instead, Alexei Orlov believed that the art of specialization was the key to his success because it would simply help him better serve some of the globe's most prominent and brightest brands. Also, the best brands would flock to and specifically want to work with his specialized and targeted agencies because of their niche specializations.

At this point, the CEOs around that table were genuinely interested in understanding how Orlov planned to pull this specialization-specific business together and make money. Despite their vibrant curiosity, Alexei Orlov decided to keep the bulk of the ideas running through his head that day to himself, choosing not to share with his colleagues. Alexei Orlov quickly excused himself from the boardroom. He resigned from his position with the mega-conglomerate in Florida the very same day.

Making the Moments that Matter... Matter

In early 2017, Alexei Orlov began his new startup adventure. He compiled funds offered to him from early, eager investors and applied a strategy that would comprise up to 10 marketing/brand activation groups. Orlov only collected highly niched groups within the marketing and brand activation community. Still, all would be able to work with one another to benefit from the other’s highly specialized talent offerings.

When searching for the right companies for his venture, Orlov concerned himself with what each niche group would offer society at large and how he, in turn, would add significant value to each business. He was not interested in established companies. Instead, he desired to work with startups and newer companies. Premonitions of moments that matter were the basis of his vision, and that’s why Orlov named his company MTM Choice.

Within three years, MTM achieved apparent growth. Alexei Orlov and the influential minds behind MTM’s success did not plan on slowing any time soon. You can find MTM's over 250 clients on six of the seven continents across the globe. Orlov’s company has over 300 members, many of them coming directly through acquiring the four unique and specialized branding and marketing agencies MTM now owned. All four acquired agencies now exist and operate independently and with professional guidance from Alexei Orlov and all that exists under the MTM umbrella.

The agencies’ major business categories include experience and media design, brand activation, PR, and video advertising. It is a non-competitive environment that allows each agency to specialize in its unique sector. MTM and its agencies have offices in Los Angeles, Milan, New York, London, and Shanghai.

Alexei Orlov is a thought leader in the marketing sector. He does not aim to be a perfectionist and focuses on his purpose within this lifetime. Orlov aims to line up or associate his entrepreneurial ideas with his life purpose to achieve his goals.

Alexei Orlov emphasizes in his writing that there is a thin line between reality and dreams and that we should see that line very clearly in our existence. He understands how the two can blur. He advises new entrepreneurs to keep in mind that sometimes business endeavors can take a hard left turn and quickly become uncertain pathways where the following steps are not apparent. The daily travel is more and more exhausting. Burnout can happen when you allow that blurred line to exist for too long without finding clarity. Orlov highlights the practices of humility and honesty as vital principles to his success and ever-renewing focus.

The global entrepreneur also believes that it is crucial to be flexible or leave room to pivot when achieving your goals. He has mentioned that as an essential strategy for business growth. If you were to study the transformation of MTM at Orlov’s command during the beginning of the pandemic in the Spring and Summer of 2020, you would see how he very clearly puts his advice into practice. He always helps the people who work alongside him and his clients make that pivot and create the most triumphant moment possible out of a terrifying, uncertain time when the rest of the world was hiding and waiting for it all to end. Alexei Orlov challenged his team and clients to embrace the change within the pandemic. With that simple strategy, MTM had an infinitely better year of financial growth in 2020 than the previous year’s growth and continues to progress forward in hyper-steps.

Alexei Orlov has earned many awards and accolades throughout his career. The awards he has received are for his contributions to the global marketing sector. One extraordinary award came back in 2012 and 2013 when Orlov was awarded CMO of the year for ASEAN by The World Brand Congress (WBC) two years in a row.

Orlov (and his team) won the Cannes Gold Lion award of 2013. It was for the creation of the largest social-media platform within the auto industry. The platform has more than 108 million follows via, YouKu and 28 million active users. He was a key-note speaker at the GBF (Global Brand Forum) as well.

With experience spanning 30 years, 40 countries, and 50 brands, Alexei Orlov has made life his business and business his life as a seasoned leader in Global Marketing. Alexei’s passionate and dynamic leadership has been a driving force throughout his career, a proven specialist in global brand strategy, marketing deployment, and operational change management.

Alexei Orlov is the Founder and Global CEO of MTM choice, a boutique network of skilled practitioners specializing in high-precision brand activation and media optimization. Bolstered by market-enabling technologies, mtm agencies seek to help brands excel at the “moments that matter” for their customers and consumers.