A guide to ensure everyone plays by the same military rules in space: the Woomera Manual 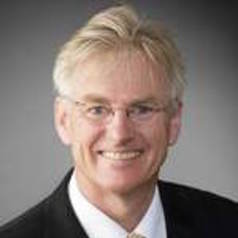 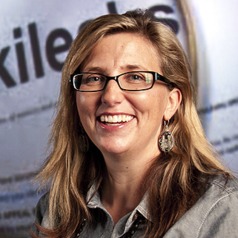 The anti-satellite missile test carried out by India last month was a display of military capability.

It told the world that India – like China, the United States and Russia before it – was now capable of high precision targeting objects in space.

It also highlighted a growing realisation that we lack the appropriate rules and regulations to deal with weapons in space in 2019 and beyond.

But what exactly are we missing in terms of regulatory capacity? What does existing space law cover right now, and how can we best update this to reflect current and future activities?

We’re working on a solution to ensure everyone around the world is on the same page. The Woomera Manual on the International Law of Military Space Operations is a document that aims to spell out the manner in which international law controls and regulates military operations in outer space. It’s an initiative led by universities in Australia, the United States and the United Kingdm, and will be released in 2021.

Here’s what you need to know so far.

We’ve had a global space agreement in place for more than 50 years. But the terms of the 1967 Outer Space Treaty (OST) provide little practical guidance in assessing the lawfulness of potentially destructive space activities.

Following its recent missile test, India argued its obligation was met by destroying an asset – one of its own satellites – in a Low Earth Orbit (LEO) test. India said the debris resulting from the test was rendered harmless to other items in space by both decay (break up in space) and falling back to earth.

But modelling conducted by other states and organisations concludes the opposite. Namely, that the debris from this specific test does represent a genuine threat, including to the International Space Station and commercial space operations.

We’ve got a problem when varied states see the same issue so differently.

The international legal regime relating to outer space is contained in five principal treaties that were negotiated in the late 1960s and 1970s. They provide an excellent snapshot of what states recognised as humanity’s capabilities and aspirations at the time.

Emphasis was given to scientific exploration of space, along with general references to the desirability of international cooperation in space activity.

Limited attention was given to military activity, other than broad prohibitions such as:

The focus on banning weapons of mass destruction in space was driven largely by tests such as the US Starfish Prime Test of 1962, a high-altitude nuclear detonation. This altered the radiation of the Van Allen belts that girdle the Earth. It was also said to have caused the failure of the US Telstar 1 communications satellite and feared to pose a radiation hazard to future Apollo missions.

But these treaties do not reflect military capabilities in space that have developed in recent years, including those in India, China, the United States and Russia.

No law-free zone in space

While there is very little direct regulation of military space operations contained within the existing space treaty regime, that does not mean that such activity exists in a law free zone.

Today, military forces rely heavily on space-based assets for numerous critical security and war fighting functions. These include communications, intelligence collection, surveillance and reconnaissance, weapons verification and also for targeting in a time of armed conflict.

These space-based assets usually perform key civilian functions as well, such as GPS services. This all helps in transport, banking, medicine, agriculture and even the internet itself.

This means understanding what the legal limits relevant to these space assets is critical to civilian and military use alike. Increasing tensions on Earth have also created the belief in an impending “space war”.

The Woomera Manual aims to set out a complete framework of legal controls relevant to military space operations.

Its development includes input from numerous space, military and general international law experts from universities and organisations around the world, such as the Secure World Foundation and the Union of Concerned Scientists.

It also involves a number of international military officers, acting strictly in their personal capacity, along with representation from the International Committee of the Red Cross.

The project is divided in three conceptual phases, looking at:

We hope to get the manual completed by 2021.

Through the Woomera Manual we aim to capture the law as it is right now – and not what is should or ought to be.

We examine what states have said and done in relation to military space operations under the law (and what the reaction of other states have been). The views of academics and others whose contributions can only ever be regarded as having a secondary priority are not included.

The final draft version of the Woomera Manual will be subject to a process of state engagement.

In reaction to the recent India ASAT test, the US Strategic Command Commander, General John Hyten, advocated for the establishment of a framework that could fill gaps in the lawful conduct of military space operations.

The Woomera Manual seeks to fulfil that challenge by playing a constructive role in articulating that framework. It’s something we need now, more than ever.