30 years since Australia first connected to the internet, we've come a long way 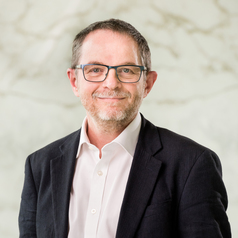 This article is part of our occasional long read series Zoom Out, where authors explore key ideas in science and technology in the broader context of society and humanity.

When Australia joined the global internet on June 23, 1989 – via a connection made by the University of Melbourne – it was mostly used by computer scientists.

Three decades later, more than 86% of Australian households are connected to the internet.

But it was a slow start. At first, network capacity was limited to very small volumes of information.

This all changed thanks to the development of vastly more powerful computers, and other technologies that have transformed our online experience.

One of those technologies is probably in front of you now: the screen.

Look at how you view the web, email and apps today: not just on large desktop screens but also handheld devices, and perhaps even an internet-connected wristwatch.

This was barely imaginable 30 years ago. 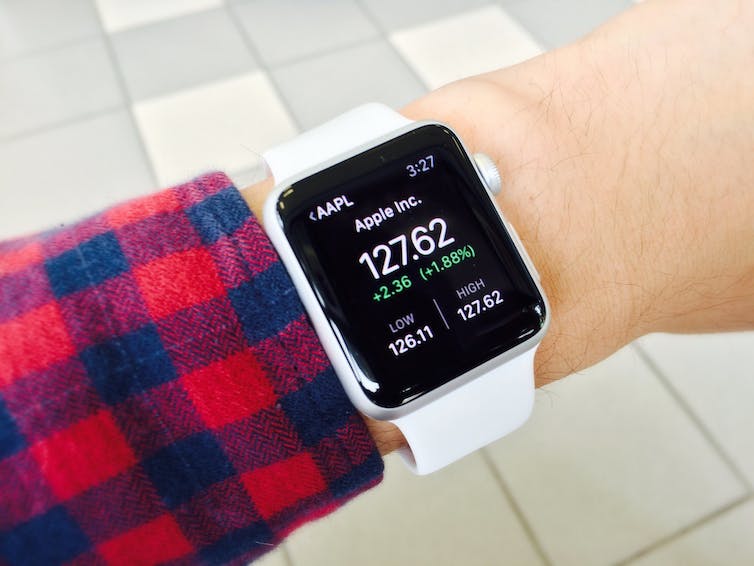 Connected to the world

By the time Australia first connected, the internet had been developing for 20 years. The very first network had been turned on in the United States in 1969.

Australia too had networks during the 1980s, but distance and a lack of interest from commercial providers meant these were isolated from the rest of the world.

This first international link provided 0.5 megabits of national connectivity. Just half a megabit for the whole country! Today that would only only be enough for, in total, four Australians to simultaneously access music from an overseas streaming service (encoded at 128kbs), or for just one movie to be transferred to Australia per day.

But at that time digital music, video and images were not distributed online. Nor was the internet servicing a large community. Most of the users were academics or researchers in computer science or physics.

With continuous connection came live access. The most immediate impact was that email could now be delivered immediately.

At first, email and internet news groups (discussion forums) were the main traffic, but the connection also gave access to information sharing services such as Archie (an old example here) and WAIS, which were mostly used to share software.

There was connection too, in principle at least, to the newly created world wide web, which in June 1989 was just three months old and largely unknown. It wouldn’t become significant for another four years or so. 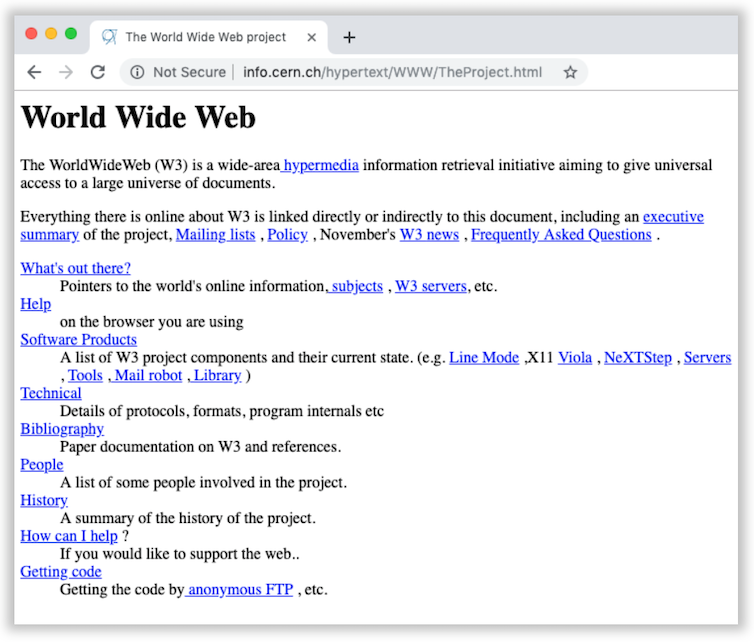 An early version of the first web page. CERN/Screengrab

This turning-on of a connection was not a “light in a darkened room” moment, in which we suddenly had access to the resources that are now so familiar to us.

But it was a crucial step, one of several developments maturing in parallel that created the technology that has so drastically transformed our society, commerce and daily lives. Within just a few years we were surfing the web and sending email from home.

The first of these developments was the internet itself, which was and is a cobbling-together of disparate networks around the globe.

Australia had several networks, ranging from the relatively open ACSNET (now called AARNET) created by computer science departments to connect universities to, at the other extreme, proprietary, secure networks operated by defence and industry.

When Melbourne opened that first link, it provided a bridge from ACSNET to the networks in the United States and from there to the rest of the world.

Just as important were developments in the underlying technology. At the time, the capacity of the networks was adequate - just. As the community of users rapidly grew, it sometimes seemed as though the internet might utterly break down.

By the mid-1990s bandwidth (the volume of digital traffic that a network can carry) increased to an extent that earlier had seemed unimaginable. This provided the data transmission infrastructure the web would come to demand.

Another development was computing hardware. Computers were doubling in speed every 18 months, as had been predicted. They also became much cheaper. 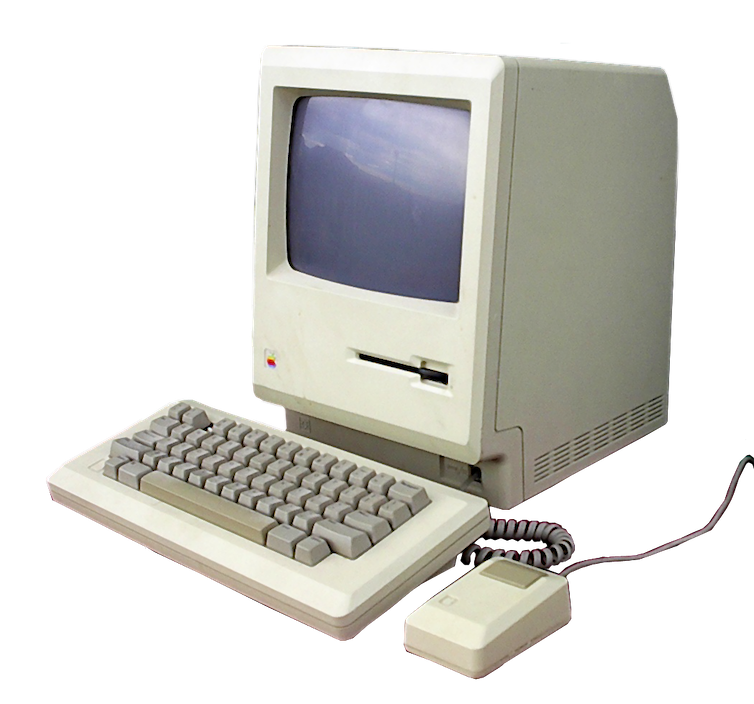 A Macintosh desktop computer from 1985. Flickr/Luke Jones, CC BY

Computer disks were also growing in capacity, doubling in size every year or so. The yet-to-appear web would require disk space for storage of web pages, and compute capacity for running servers, which are applications that provide a door into a computer, giving users remote access to data and software.

In the 1980s these had been scarce, expensive resources that would have been overwhelmed by even small volumes of web traffic. By the early 1990s growth in capacity could – just – accommodate the demand that suddenly appeared and homes were being connected, via dial-up at first.

But it is a third concurrent development that is, to me, the most remarkable.

This is the emergence of the UNIX operating system and of a community of people who collaboratively wrote UNIX-based code for free (yes, for no charge). Their work provided what is arguably the core of the systems that underpin the modern world.

UNIX was created by Dennis Ritchie, Ken Thompson and a small number of colleagues at AT&T Bell Labs, in the US, from 1970. 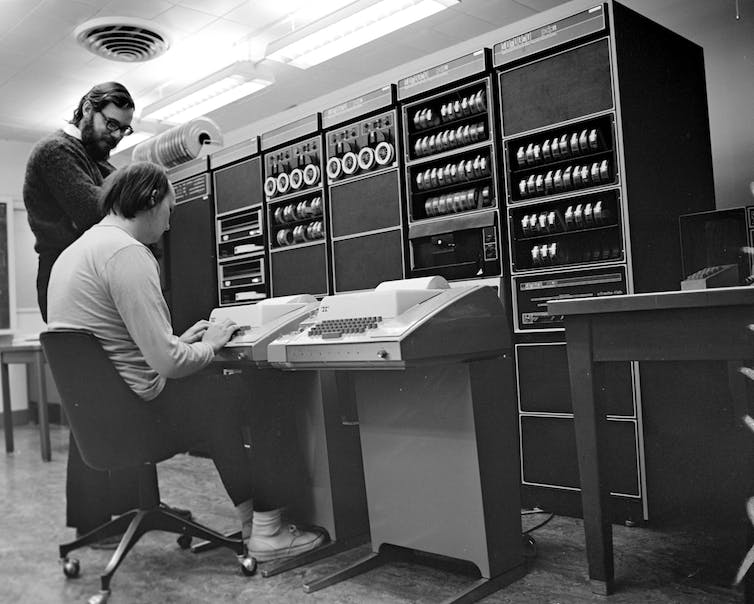 At that time, operating systems (like iOS on today’s Apple phones) were limited to a single type of computer. Code and programs could not be used across machines from different manufacturers.

UNIX, in contrast, could be used on any suitable machine. This is the reason UNIX variants continue to provide the core of Apple Mac computers, Android phones, systems such as inflight entertainment and smart TVs, and many billions of other devices.

Along with UNIX came a culture of collaborative code development by programmers. This was initially via sharing of programs sent on tape between institutions as parcels in the mail. Anyone with time to spare could create programs and share them with a community of like-minded users.

This became known as the open source movement. Many thousands of people helped develop software of a diversity and richness that was beyond the resources of any single organisation. And it was not driven by commercial or corporate needs.

Programs could embody speculative innovations, and any developer who was frustrated by errors or shortcomings in the tools they used could update or correct them.

A key piece of open source software was the server, a computer system in a network shared by multiple users. Providing anonymous users with remote access was far from desirable for commercial computers of the era, on which use of costly computing time was tightly controlled.

But in an academic, sharing, open environment such servers were a valuable tool, at least for computer scientists, who were the main users of university computers in that era.

Another key piece of open source software was the router, which allowed computers on a network to collaborate in directing network requests and responses between connected machines anywhere on the planet.

Servers had been used for email since the beginnings of the internet and initially it was email, delivered with the help of routers, that brought networked desktop computing into homes and businesses.

When the web was proposed, extending these servers to allow the information from web page servers to be sent to a user’s computer was a small step.

What you looking at?

The last component is so ubiquitous that we forget what is literally before our eyes: the screen. 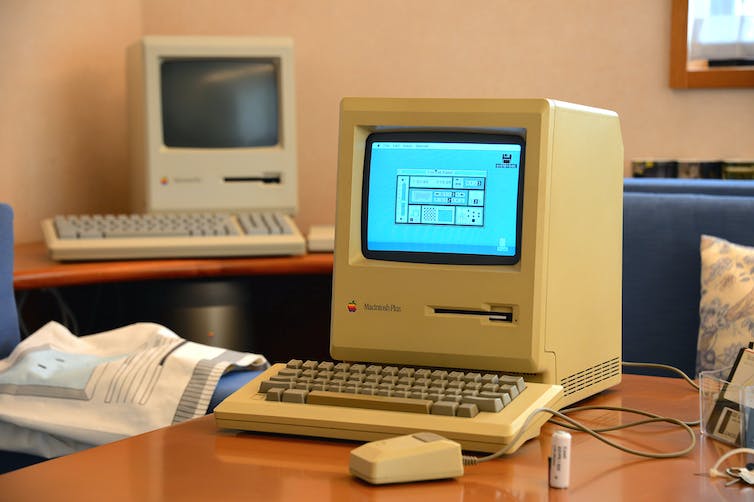 The Macintosh Plus had a screen resolution of 512x342 pixels. Flickr/raneko, CC BY

Affordable computer displays in the 1980s were much too limited to pleasingly render a web page, with resolutions of 640x480 pixels or lower, with crude colours or just black and white. Better screens, starting at 1024x768, first became widely available in the early 1990s.

Only with the appearance of the Mosaic browser in 1993 did the web become appealing, with a pool of about 100 web sites showing how to deliver information in a way that for most users was new and remarkably compelling.

How things have changed.

The online world continues to grow and develop with access today via cable, wireless and mobile handsets. We have internet-connected services in our homes, cars, health services, government, and much more. We live-stream our music and video, and share our lives online.

But the origin of that trend of increasing digitisation of our society lies in those simple beginnings - and the end is not yet in sight.