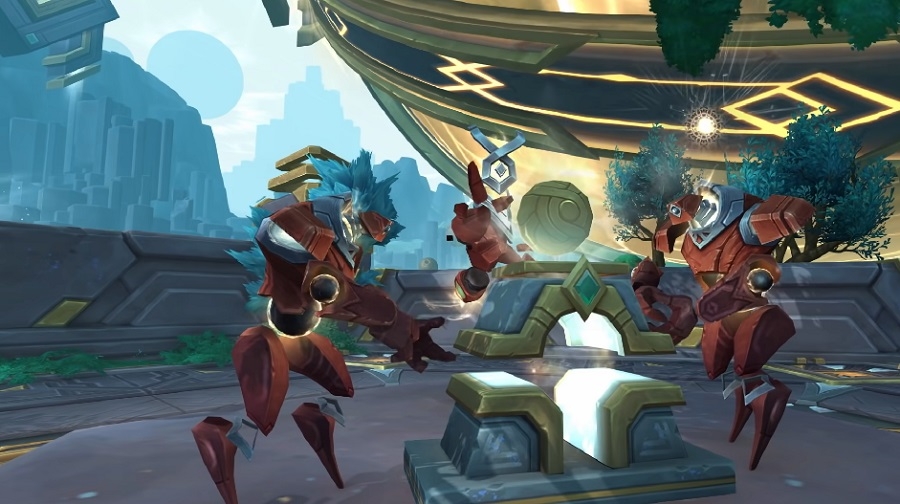 The final patch for “World of Warcraft: Shadowlands” is just around the corner and will bring a host of new features and content to the game. This week, Blizzard Entertainment confirmed that the updates are going live later this month.

Blizzard released details about the imminent end of the “WoW: Shadowlands” season 2, thereby confirming that the highly anticipated final patch for the expansion is launching soon as well. In a blog post on Thursday, the developer announced that the “Shadowlands” season 2 PvP will conclude on Monday, Feb. 21, at 10 p.m. PST.

That means players now have a little more than a week to gather PvP seasonal rewards, titles, or improve their Season 2 rankings. The “WoW: Shadowlands” patch 9.2, fittingly titled “Eternity’s End,” will go live the following day, on Feb. 22.

In the same blog post, Blizzard reminded fans that the next “WoW: Shadowlands” patch will introduce a new land called Zereth Mortis. “It is an otherworldly location that defies all concepts of reality or physics. The Jailer intends to use the secrets within to reshape reality and bend it to his malevolent will,” the developer wrote.

In exploring a new location, players should find help from the new faction called The Enlightened. Fans who love the game’s lore will likely appreciate many things in patch 9.2, including the interaction with the new allies. One of the main goals is to prevent the Jailer from obtaining the secrets of the First Ones that are in Zereth Mortis. And it is The Enlightened’s mission to protect those secrets.

Patch 9.2 also signals the start of a new Mythic+ Season for “WoW: Shadowlands” and the release of new features. The final patch will introduce a new progression system called Cypher of the First Ones that is also designed to help players explore Zereth Mortis.

The 11 Boss Raid titled Sepulcher of the First Ones is also one of the features anticipated in the “WoW: Shadowlands” patch 9.2. The Raid brings players to an ancient place where they would uncover the secrets of the First Ones, which is also being pursued by the Jailer. Another notable change in the final is the return of the Class Tier Sets.