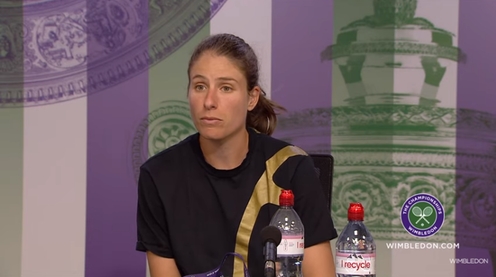 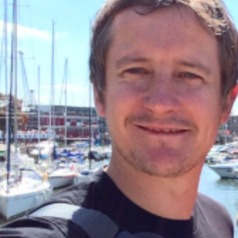 After her loss to Barbora Strycova in the Wimbledon quarter finals, British tennis player Johanna Konta reacted somewhat angrily to a line of questioning from a journalist that appeared to hold her to account for her loss. The fallout and public reaction to this press conference, while predominantly in support of the athlete, raises questions about the wider context of sports journalism.

Discussion centred on whether Konta had been right to be angry at the line of questioning by Matthew Dunn of the Daily Express after her quarter final loss or whether he had overstepped the line. The episode led to public discussion as to whether modern athletes are overly sensitive and whether they should be prepared to held personally accountable for their losses.

Linguists like to unpack cases like these. They are an opportunity to reflect on what issues lie beneath a conflict between two people. The service that linguists offer can help us to pin down the often taken for granted norms of human communication and the ideologies and beliefs that underlie the institutions, such as journalism, that communicators represent. So, what does this case say about the expectations that govern sports journalism encounters?

Around three and a half minutes into her press conference, Dunn asked Konta a question. Up to this point Konta had put the loss down to a difficult opponent, a move that could be interpreted as magnanimity on her part – positioning herself as the humble loser. But Dunn appeared to signal that the athlete was using this to deflect attention from her own performance.

Dunn began by listing the athlete’s shortcomings: 33 unforced errors, a missed smash at the net and a double fault, which already put Konta on the defensive in the press conference. But he then used this to challenge Konta’s assertion that it was Strycova’s performance that had caused her to lose. He suggested that Konta’s failure to convert a number of key points was a more suitable explanation for her loss. He bundled all this up and presented it to the interviewee for confirmation.

Dunn’s use of the phrase “it’s all very well” is particularly marked here. It implies that the journalist feels that the assessment he has put forward is – arguably – a more relevant reason that perhaps better explains the loss and that Konta should reconsider her position. The list of failings is used strategically to strengthen Dunn’s position and support his evaluation. In the process it puts Konta in the somewhat uncomfortable position of needing to agree with him.

These are fairly standard journalistic practices that we see every day in media interview language and out of context there is nothing inherently wrong with these strategies. But are such practices suitable in the context of sports journalism? They would be right at home in a political interview where it is the journalist’s role to make politicians – and others who hold public office – squirm as they test the veracity of their policies, claims or decisions on behalf of the tax-paying public.

These accountability interviews perform a very important purpose in democratic societies. But are there different norms and expectations in play in sports interviews that perhaps require adaptations to interviewing strategies?

The question of whether an accountability style of interview can or should be used in sports journalism will probably depend on your beliefs about the status of professional athletes in society and whether you feel they are accountable to the press in a similar way that politicians are. Generally speaking, there are crucial differences between politicians and professional athletes that suggest a different tact is needed – particularly if pursuing a critical line of questioning.

First, are athletes accountable public figures? They do represent their publics, typically compete under national flags and have huge numbers of followers and fans. But they are not elected into public office and do not make decisions that affect the livelihoods of people. They may in some cases get public funding to support their development – but does this mean that journalists should act as a tribune of the people and hold them to account?

Konta clearly does not think so. She accused Dunn of being “disrespectful, patronising and picking on her” – and she is probably not alone. But, perhaps more interestingly, my research suggests that the patterns and strategies we see in the bulk of sports interviews also indicate that many interviewers are aware of this tension and shape their interviewing practices accordingly.

Sports interviewers tend to heavily modify any critical remarks, often in ways that offer the interviewee a clear path of escape (for example, saying: “… or do you see it differently” after a critical evaluation). They often try to avoid directly calling into question an athlete’s account and – if they are going to criticise – they typically assign the criticism to those who have expert power, like pundits or ex-players. So you might hear a journalist say something like: “John McEnroe called your performance terrible, do you agree with that assessment?”. Such strategies help journalists to do accountability, but to do it more carefully.

The use of such strategies rarely result in the confrontation-as-entertainment interview we see so often in the political realm. But their prevalence in interviews with sportspeople is perhaps an indirect acknowledgement that such a style is an uncomfortable fit in sports journalism.

Athletes are public figures but they are not accountable to the public. They are more often than not willing interviewees that do address critical questions. But they are also elite level, gifted human beings that have risen to the top of their profession through hard work and determination. Their skill set is valued and respected by the public and they have amassed admirers that are willing to support them in good times and bad. Journalists that are able to show they understand this context and balance it with their own identity as a journalist, are more likely to get an interviewee to open up.