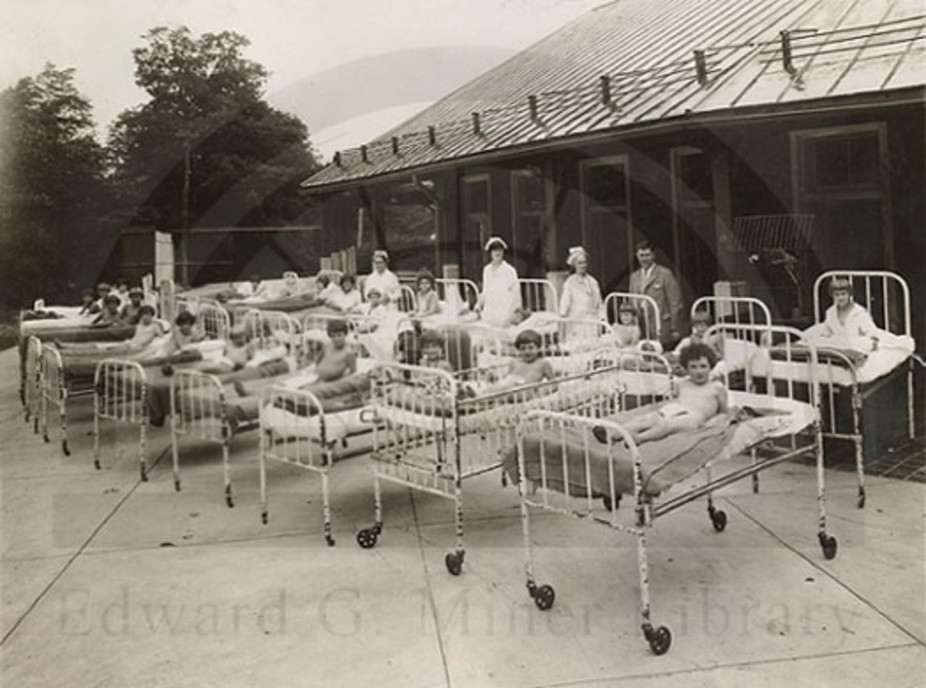 Clinical trials have shown that adding vitamin D supplements to the antibiotic treatment regimes for TB patients improves their chances of recovering from the disease. The supplement reduces inflammation in the body much faster than normal drug treatment does. Inflammation in the lungs is the greatest cause of death in TB patients if left untreated.

Most of the trials show that vitamin D therapy does not help the antibiotics kill the bacteria that causes TB. But preliminary evidence suggests that vitamin D may enhance the body’s ability to kill drug-resistant TB. Drug-resistant TB is a form of TB where patients do not respond to the first line of drug treatment available. These patients must take a large concoction of pills for up to two years. They are also more vitamin D deficient than other TB patients.

Africa as a whole bears the greatest burden of global TB cases. And in South Africa, TB continues to be a massive public health concern as diagnosis rates continue to rise together with the cost of treatment. In 2014 more than 318,000 TB diagnoses were made. Of these almost 19,000 were drug-resistant. Although TB can be treated with antibiotics and a somewhat effective vaccine has existed for more than half a century, the disease remains the number one cause of death in the country.

South Africa also has one of the world’s highest rates of HIV infection and increasing rates of non-communicable diseases, including diabetes and cardiovascular disease. TB treatment is often provided in conjunction with treatment for one or more co-morbidities, making it more difficult to manage. Finding new treatment and prevention methods is imperative.

Vitamin D is a low-cost pill that can be taken once a week when the body cannot produce the vitamin from sunlight. In countries such as South Africa with a high burden of TB and HIV, vitamin D could be an extremely effective and cheap weapon to include in the arsenal against the diseases.

Why the fuss about vitamin D?

Most multivitamins at the supermarket contain some vitamin D. Many people living far north of the equator supplement their diet with it, especially during dark winter months. This is because the body’s primary source of vitamin D is produced in our skin after UVB irradiation by the sun. Vitamin D is also found in oily fish, eggs, fungus and yeast.

Some countries even fortify milk and other food products with vitamin D to prevent deficiencies from inadequate sun exposure or dietary intake. The role of vitamin D in maintaining strong bones has been understood for quite some time. More than a century ago Frederick Gowland-Hopkins suggested using it to cure rickets.

The link between vitamin D and treatment for TB came from antiquated practices. These include giving patients cod liver oil, rich in vitamin A and D, and sunbathing TB patients in sanatoriums or under light therapy. But the way vitamin D may work against TB wasn’t unravelled until the early 1980s when it was discovered that the active form of vitamin D could be produced in immune cells. Nearly two decades later it was discovered that vitamin D also caused these immune cells to make a small protein with antimicrobial properties that could kill the TB bacteria.

In the past 10 years vitamin D has become something of a catch-all in disease prevention and treatment. Both communicable and non-communicable diseases are associated with vitamin D deficiency. These include respiratory infection, HIV progression, type 1 and 2 diabetes mellitus, rheumatoid arthritis, cardiovascular disease, osteoporosis, multiple sclerosis, depression, irritable bowel disease, asthma and multiple cancers, including colorectal, lung and breast cancers.

Despite the surge in interest in vitamin D status, not as much is known about populations in developing countries and their required levels for optimal immune functioning. South Africa is particularly interesting because it comprises people with diverse genetic backgrounds and skin colours. South Africans also live across varying latitudes and altitudes, which has an impact on seasonal solar UVB radiation levels.

Our clinical trial, which looked at how vitamin D has an impact on TB inflammation, was part of a series of studies to understand the impact of vitamin D on the body and its effect in controlling TB/HIV infection.

We tested 95 TB patients in the trial, all of which were receiving antibiotics to treat TB. We gave vitamin D to half the patients, in addition to their course of antibiotics, while others received a placebo. Those who received adjunct vitamin D treatment had a much faster decrease in the markers that indicate the level of inflammation in the body, suggesting a quicker recovery from the disease than those taking antibiotics alone.

We also found that the bacteria was killed faster in the lungs of people with a DNA variation in the gene that encodes the vitamin D receptor when they took the supplement. But everyone had reduced inflammation.

The clinical trial came on the back our research that showed that TB patients in the Western Cape were generally vitamin D deficient despite South Africa’s sunny climes. In this group those patients who were also infected with HIV had even worse levels of deficiency. We also noticed that TB rates in the Western Cape oscillate seasonally, with the lowest rates occurring just after peak vitamin D levels in summer.

Since then, our further studies have found that healthy young adults in the Western Cape also have a vitamin D deficiency in winter compared with summer, resulting in their blood cells not being able to control HIV infection as well. Giving them a six-week course of vitamin D in winter can improve the response of their blood cells to HIV infection. It makes their cells react as they do in summer.

To take the research further, ongoing studies in South Africa and Mongolia are looking at whether vitamin D can prevent TB infection in primary school children, when most individuals in high-burden countries become infected.

Anna Coussens receives funding from the South African Medical Research Council, Academy of Science of South Africa and the National Institute of Health.