Why is the academic consensus on the cost of Brexit being ignored? 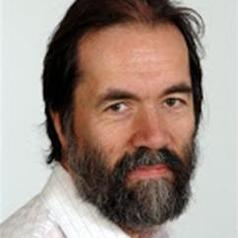 Two issues dominate the EU referendum debate: economics and immigration. When it comes to my field of economics, polling evidence suggests that if people became convinced that they would be worse off by leaving, even it was by quite modest amounts such as £100 a year, the majority voting to remain would be pretty large. Studies by economists at the highly respected London School of Economics, National Institute of Economic and Social Research, the Organisation for Economic Co-operation and Development and the Treasury all suggest that on average we would be worse off by an amount that is more than ten times that £100 figure.

Yet the polls still suggest the result will be pretty close. Indeed, voters seem unconvinced that they will be considerably worse off if Britain leaves the EU. They see claim and counter claim. The BBC has reported a study endorsed by eight economists, two of whom are academics, that we would in fact be better off leaving. To the casual observer, it might seem that we have economists disagreeing with each other as usual.

Contrast this with a letter organised by me, Tony Yates, professor of economics at the University of Birmingham, and Paul Levine, professor of economics at the University of Surrey. Published in The Times, we gathered 196 signatures (which has since risen to more than 200), most of whom are academic economists. On the costs of leaving the EU it said: “The numbers calculated by the LSE’s Centre for Economic Performance, the OECD and the Treasury describe a plausible range for the scale of these [Brexit] costs.”

You will never get unanimity in economics. It is a science about people and therefore inherently uncertain, and the views of a few economists are influenced by their politics. Getting so many academic economists – fairly quickly with not that much effort – to endorse studies that said there would be large costs to leaving is therefore pretty significant. It’s perhaps one of a relatively small number of issues where most economists are not divided.

Although The Times gave the letter a good write up, virtually no other news organisation reported the story. The response of most journalists to this omission is very simple. Our letter was published on the same day that the Bank of England released its monthly inflation report, and their press conference was all about the short term costs of a decision to leave. Our letter, even though it complimented that story – supporting the projection that Brexit will be bad for the economy – was squeezed out. It could not be covered subsequently because it then became “old news”. In retrospect, perhaps we could have sold the story better. We could have researched what days to avoid. We could have directly alerted specific journalists about its publication. Was our PR so bad that we should submit ourselves to more media training?

Maybe not. We understand that in today’s media environment it is naive to think that journalists have a lot of time to investigate and coverage is largely dictated by an ever-shifting news agenda, which is one reason why Tony and I write regular blogs. There is also an opportunity cost for academics in cultivating contacts or working out the best day to release news.

But there is something rather worrying about a world in which the ideas that get across to policymakers or voters are the ones put forward by academics with the best PR. Should voters be denied the knowledge about the overwhelming consensus of academic economists on Brexit just because our letter was published on the wrong day?

Of course, this raises important issues for those who select what is news. But it is too easy and complacent just to blame the media.

Academics are increasingly having to compete with think tanks that are often little more than the mouthpiece for wealthy individuals and organisations, and their PR is always going to be better. In macroeconomics, we have City economists whose job it is to get media exposure, and who, on important issues such as austerity, do not reflect the academic consensus.

The days when we could assume that an academic position gave your expertise any kind of advantage over those of a think tank employee or a City economist have long gone – if they ever existed. What I have called the knowledge transmission mechanism – the means by which academic knowledge gets to policymakers and voters – is becoming weaker. And, as climate scientists have discovered, this is not just a problem for social scientists.

On crucial issues such as Brexit, we need to find a better way of getting across the views of the majority of academics than simply writing letters to newspapers.

Simon Wren-Lewis has received ESRC funding in the past but any views expressed here do not reflect those of the research councils.

Simon Wren-Lewis, Professor of Economics, and Fellow of Merton College, University of Oxford