Why executions in Indonesia must stop 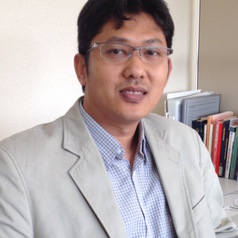 Indonesia executed four prisoners on death row for drug offences early on Friday. Last week’s killings were the third round of executions under Joko Widodo’s government, and were carried out despite ongoing legal appeals and international pressure.

These executions were different from two rounds of executions last year that killed 14 people, including Australians Andrew Chan and Myuran Sukumaran. Then, the government prepared with a lot of fanfare, went through bitter diplomatic fallouts, and endured international criticism. This time, the government carried out the executions abruptly and quietly.

Human rights experts in Indonesia have repeatedly called for the government to stop the use of capital punishment. Hours before the third round of executions, the Indonesia Alliance of Human Rights Lecturers released a short statement addressed to Jokowi.

We urged him to stop the executions. Our considerations are simple. Not only does the death penalty violates human rights, executions in Indonesia are carried out under a deeply flawed justice system.

Violation of the right to life

The death penalty violates the most fundamental right in human life: the right to life. This right is enshrined in Indonesia’s Constitution in Article 28 I:

The Indonesian government ratified the International Covenant on Civil and Political Rights in 2005, committing itself to uphold international human rights law. Indonesia has yet to ratify the optional protocol to abolish the death penalty.

However, Indonesia’s penchant for executions will weaken the nation’s standing in seeking reprieve for 334 Indonesians on death row in other countries as of last year.

Indonesia violates its own laws

The Indonesian government has repeatedly failed to uphold its own laws regarding death sentencing.

For example, under Indonesian law, executions are prohibited when legal processes are still ongoing. Jefferson was executed despite his pending clemency appeal. Jefferson, convicted in 2004 after the police found 1.7kg of heroin in a room used by one of his employees in a restaurant he ran, maintained that he was innocent and was framed.

By going ahead with the execution despite pending appeals, the government has clearly violated Article 13 on clemency law and ignored the 2015 Constitutional Court decision on the death penalty.

The implementation of the death penalty without fixing the corrupt judicial system will not deter people from engaging in the illegal drug trade. Convicting and executing drug dealers will not eliminate drug trafficking in Indonesia as long as corrupt officials are free to abuse the system.

This is clear in the case of Budiman. He was sentenced to death in 2012 for smuggling 1.4 million ecstasy pills from China from behind bars.

Ahead of Budiman’s execution, the head of the Commission for the Disappeared and Victims of Violence (KontraS), Haris Azhar, released a statement on social media that went viral. Azhar said that when he visited Budiman in 2014, Budiman implicated military generals, National Narcotics Agency officials and the police in running the drug trade.

In short, indication of involvement of the state apparatus in Indonesia’s drug trade is really strong. In the last couple of months there have been many news reports on military and police involvement in the drug network. In April, the attorney-general fired 20 attorneys involved in illegal drug offences.

It would not be surprising if the death penalty was merely an attempt to cover-up the corrupt law enforcers.

There are deep flaws in the law and legal enforcement, especially in the process of death sentencing and executions. The death penalty is built on weak institutions. This affects not only justice for the condemned but also the attempt to create a just legal system in Indonesia. The strength or weakness of the institution reflects the quality of Indonesia’s law.