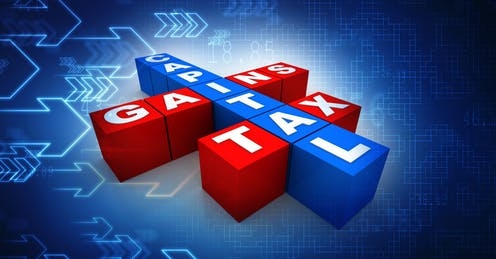 New Zealand is one of few countries without a capital gains tax and the proposal to introduce one prompted outrage. from www.shutterstock.com, CC BY-SA 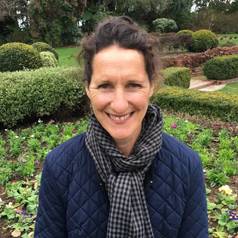 Commentators have described the proposed tax as a “mangy dog”, “an envy tax”, an “attack on the kiwi way of life” and “offensive to New Zealand values”.

Digging deeper beyond the headline-grabbing rhetoric, some commentators have expressed concern the proposed tax will have a detrimental impact on the economy by distorting investment decisions and creating an excessive administrative burden on taxpayers and the Inland Revenue Department (IRD). There are also claims about the lack of fairness in taxing “hard earned gains” that have been built up for retirement.

Missing from the debate is the fact that a capital gains tax should reduce income taxes for most New Zealanders.

The debate strikes at the heart of two essential elements used to assess the quality of a tax: equity and efficiency.

In order to be equitable, a tax should treat people with similar economic situations in a similar way. This is called horizontal equity. Equally, taxation should fall more heavily on those who have the ability to pay. This is referred to as vertical equity.

These are the principles set out by the great Scottish economist Adam Smith in his 18th-century magnum opus The Wealth of Nations. In order to evaluate the tax proposals, New Zealand’s Tax Working Group used Smith’s principles of fairness alongside two distinctly New Zealand frameworks: Te Ao Māori (Māori worldview) and the Living Standards Framework. These two frameworks have been developed to guide policy makers toward the objective of inter-generational well-being, including the effect of policy on growing inequality and non-economic factors such as social and environmental capital.

Not taxing capital gains results in a failure to achieve both horizontal and vertical equity.

On the whole, we have a counterintuitive approach to taxation in New Zealand where we tax “hard work” and fail to tax gains that accrue passively. Two people in similar situations are taxed differently. A person who invests in a small business that produces goods and services pays tax on all their profits, while another who invests in property that accumulates passive gains, does not.

In a world where the accumulation of capital through passive gain is increasingly being held by a smaller group, the need to tax those gains is becoming more urgent.

Statistics provided by the Tax Working Group indicate the taxation burden is flat across all income groups. This means our tax system does not operate according to Smith’s ability-to-pay principle. We have progressive tax rates but those in the highest income deciles enjoy much of their income in the form of tax-free capital gains. New Zealand’s failure to tax capital gains is inequitable.

The claims that a capital gains tax is inefficient centre around administrative issues and investment distortions. The first claim has some merit – new taxes usually result in additional administration, especially early on. The second has no merit whatsoever.

For New Zealand’s economy to thrive, greater investment in the production of goods and services is required. However, these investments are often risky. And they are taxed when profitable. Hence it is a far more attractive investment proposition to invest in low-risk assets that attract little or no tax, such as land.

Contrary to popular belief, land investment, in itself, is not a productive activity. The land is there regardless of who owns it. Someone may conduct productive activity on the land, such as farming or building houses, but the ownership itself does not produce goods or services. A capital gains tax would reduce distortion in investment choices, not increase it.

In the longer term, it would be a positive outcome to attract some investment out of property and into production of goods and services, regardless of any possible adjustments that might occur in the short term.

And the tax cuts? Missing from this debate entirely has been recognition of the Tax Working Group’s recommendation that the additional tax collected from a capital gains tax should be used to reduce income taxes. This is not a “tax grab” but a reallocation of the tax burden.

If the government were to implement the recommendations of the Tax Working Group report, most New Zealanders would find themselves with an increase in their after tax income. Greater equality would seem to be more consistent with kiwi values than the status quo.