Where Brexit will leave the UK's human rights diplomacy 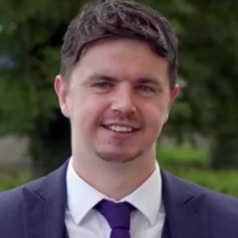 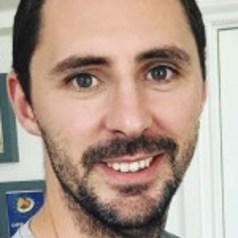 The UK has played a leading role within the UN’s Human Rights Council (HRC) since its creation in 2006 as the main international body responsible for the promotion and protection of human rights around the world. But when the UK seeks re-election in October 2020 – a requirement for membership of the council – it’s likely to have departed from the European Union and its powers of human rights diplomacy will be on an uncertain new footing.

In recent years, Britain’s human rights diplomacy at the HRC has operated in two channels. On the one hand, the UK has been able to influence human rights directly by its own efforts, acting in its capacity as a sovereign state and through British diplomats. On the other hand, the UK has exercised influence indirectly through its membership of the EU collective process. In theory, this permits the UK to prioritise certain rights on its own, while also influencing a much broader range of human rights through the EU bloc. But by leaving the EU, it will be left to go solo.

This raises questions about which rights the UK will prioritise and which rights will be sidelined diplomatically without the ability to rely on the EU to push them.

Our recent research with our colleague Rhona Smith examined the possible consequences of Brexit on the UK’s human rights diplomacy. We looked at the UK’s engagement as an EU member state between 2006 and 2018, by examining participation in what are called “interactive dialogues”, where UN-appointed experts are questioned in relation to a designated theme or country.

We found that the UK is less active and considerably more selective than the EU in its participation in these dialogues.

When looking at themes, the UK tends to participate in dialogues on civil and political rights for certain, specified groups. So of the 12 dialogues on violence against women across the 38 session of the HRC that we studied, the UK participated in nine, and five out of a total of seven dialogues on discrimination against women. The UK also has a high participation rate of over 80% with dialogues relating to terrorism and freedom of expression and association, among others.

But there are some countries and thematic human rights issues on which the UK’s participation is either non-existent or falls far below participation rates of the EU. We found four countries – the Democratic Republic of Congo (DRC), Cuba, the Occupied Palestinian Territories and Burundi – where British participation in country dialogues was minimal.

There are also a large number of themes with which the UK rarely engages, including dialogues with groups such as indigenous peoples, the rights of migrants, the sale and exploitation of children and people of African descent.

As the graph below shows, the UK rarely participates in discussions on social, economic and cultural rights, such as the right to health, education and housing. This can be contrasted with the EU where participation rates rarely fell below 90% across the 38 sessions of the council.

Should the UK continue to focus on a narrow subset of rights and countries after Brexit, it’s unlikely to be able to contribute to the shape and development of aspects of the international human rights project outside of these areas. Not only will this diminish the UK’s place as a leading promoter and advocate on human rights, it also offers less liberal and progressive countries the opportunity to push back.

One way the UK could prevent a backslide in its status as a human rights leader would be to continue to align with the EU. Despite the fallout from the EU referendum, the UK and EU still agree more than they disagree in respect to international human rights law.

Another route would be for the UK to use Brexit as an opportunity to expand its human rights diplomacy beyond its current list of priorities, which include modern slavery, freedom or religion or belief and freedom of expression. It could also treat Brexit as a chance to invest more in human rights diplomacy. A conscious political decision to be more proactive across all engagement at the UN would not only ensure Britain’s ongoing influence as a human rights champion, but also retain its stature as a global power while its reputation transitions as it leaves the EU.

If attention isn’t paid to both the UK’s role in global diplomacy and human rights issues after Brexit, the consequences for both could be profound.