Auschwitz 75 years on: preserving survivor's voices and listening to those of their children

When China and other big countries launch cryptocurrencies, it will kick off a global revolution 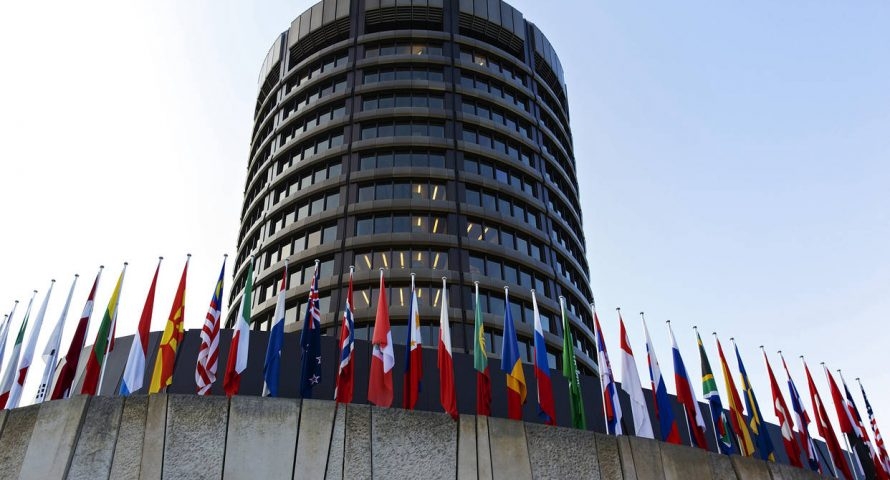 One of the hottest topics in cryptocurrencies is the prospect of major economies launching state-backed digital coins. China’s central bank recently accelerated plans for what is currently known as the Digital Currency Electronic Payment (DCEP). It could launch within the next 18 months, while the European Central Bank is looking at something similar.

Meanwhile, Russia has been working on a state-backed cryptoruble for several years, and Sweden has its e-krona project. Indeed, several countries have got there already: Senegal and the tiny Marshall Islands now have digital coins that sit alongside their existing currencies, while others such as Venezuela and Ecuador have tried but failed to gain traction.

Make no mistake, these developments will completely change the international monetary system. Today’s system dates to the Bretton Woods conference of 1944, in which to create a stable trading environment the Allied nations agreed to peg their currencies to the US dollar and the US agreed to peg the dollar to gold. 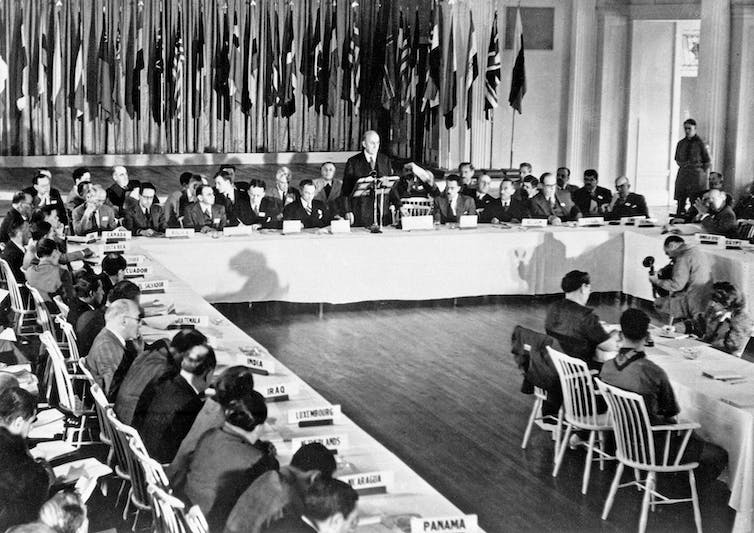 The dollar has been at the heart of the monetary system ever since, despite Bretton Woods being gradually replaced by free-floating exchange rates after the dollar/gold commitment was abandoned by the Americans in the 1970s. Today, around 40% of international payments and 60% of the world’s total foreign exchange reserves are in US dollars. The euro takes a more minor but still considerable proportion: over 30% of international payments and 20% of reserves. All other currencies are trivial by comparison.

American financial dominance means that the Federal Reserve almost acts as the central bank of the world, since whatever its monetary policy committee decides to do with dollar interest rates has huge consequences everywhere. Together with the dollar’s dominance of the SWIFT international payment system, this was pivotal in maintaining the international monetary order for years by reducing transaction costs and speeding up globalisation.

In recent years, however, the picture has changed. With heightened tensions between the world’s major powers, many commentators increasingly accuse the Americans of playing the system to their own economy’s advantage without proper regard for the consequences further afield. There are also serious concerns about the US using international payments as a political tool, for instance by leaning on SWIFT to exclude Iranian banks over the uranium enrichment row – despite objections even from the EU. 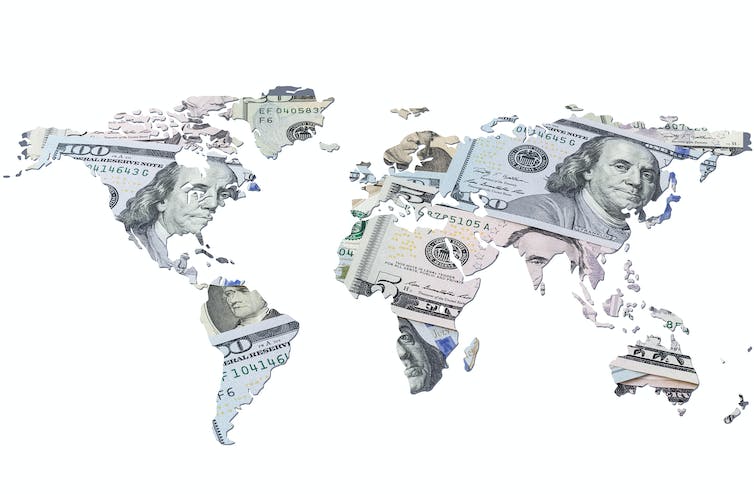 Arguably, dollar dominance is now hindering the deepening of globalisation. Many countries are making moves that are changing this situation, however. The UK, France and Germany have set up INSTEX as an alternative means of trading with Iran, for instance, and six other EU countries have recently joined.

There has been a massive rise in the number of bilateral agreements between central banks that allow two countries to swap currencies directly, a large number involving China. Meanwhile, a number of countries, including Germany and the Netherlands, have been repatriating their gold reserves from vaults in the US where they had long been stored.

Yet by comparison, major sovereign digital currencies based on blockchain technology would be revolutionary. Blockchains are encrypted ledgers for storing information that are decentralised rather than being under any country’s or company’s control. When applied to international payments, this offers the prospect of much more transparent and cheaper transactions than SWIFT.

It could cut the payments time lag from a couple of days to one second, and the cost from 0.01% to almost nothing. It will have the capacity to handle far higher volumes of payments, partly since they won’t require bank accounts or even internet access.

While technological change has been incredibly fast in the information era, the system of international payments has lagged behind. But once sovereign digital currencies start taking off, this will suddenly change. Just like smartphones quickly eliminated most old cell phones, no countries will be able to reject blockchain payments for long.

So while, for example, the US Treasury Secretary Steve Mnuchin recently said that his country does not see itself launching a digital dollar in the next five years, there will be a moment when the political centre of gravity will shift and everyone will join the revolution. After the 5G network and the Internet of Things really mushroom in the next couple of years, it will be possible to replace the existing system even faster.

This will be the beginning of a new international monetary era. Instead of passively accepting US dollars as settlement currency in international trade, buyers and sellers will be able to choose freely from a variety of currencies. We are also likely to see a series of new powerful regional currencies, along with opportunities for the currencies of small countries with high credibility and advanced financial industries. Countries and their central banks will be competing freely with one another in this market, knowing that if they implement policies that devalue their currency, international traders will just choose rival currencies instead.

Beyond that, countries will form cryptocurrency unions to regulate currencies and platforms, standardise technology and maintain the stability of the system. New clearing systems will emerge, along with new financial products. In short, it will be a whole new user-centred financial ecosystem.

Whenever there are innovations in payment methods, there always follows a surge in demand. China’s Alipay and WeChat Pay are good examples. More recently we are seeing similar explosive demand for the likes of Apple Pay and Amazon Go.

Yet these are primarily domestic stories. Sovereign digital currencies should produce a surge in international trade and cooperation. There will be new economic growth as more small players join the global market and consumers enjoy a wider range of goods and services at lower costs.

This may seem threatening to those who benefit from the existing system, but it will be more than outweighed by capitalising on what comes next. The question for different countries is whether they embrace change or try and defend the status quo. As Facebook’s Mark Zuckerberg told American lawmakers in response to China’s DCEP plan, “while we debate these issues, the rest of the world isn’t waiting”. The sooner countries shift, the better placed they are likely to be for what lies ahead.