What the David and Goliath story teaches business about getting ahead 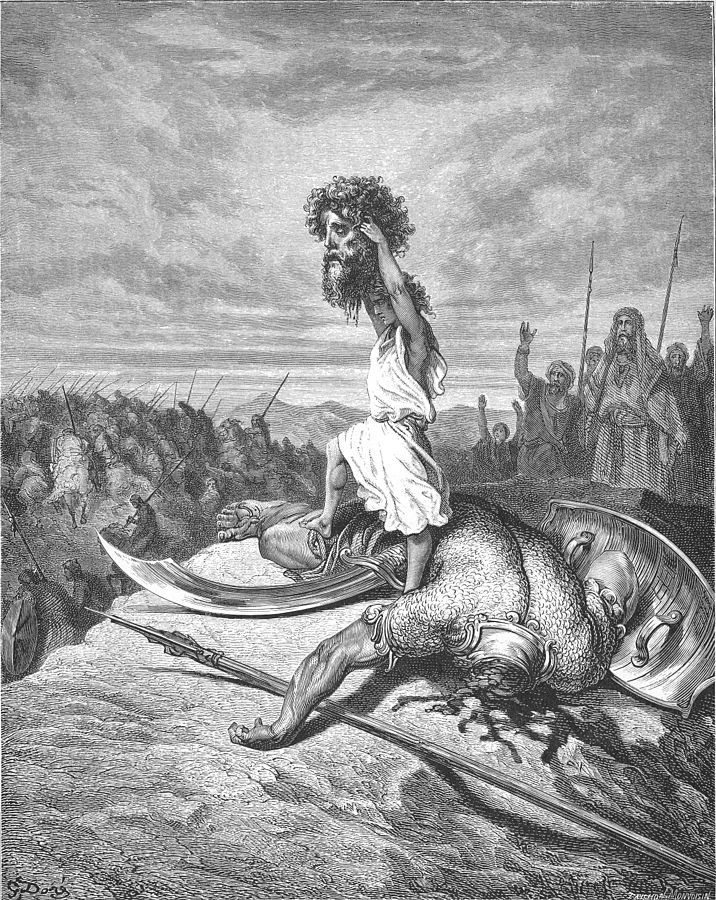 David hoists the severed head of Goliath as illustrated by Gustave Doré (1866). 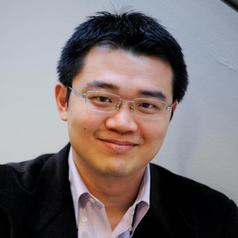 In the famous Bible story, the young boy David beat Goliath by using a strategy Goliath wasn’t expecting. Instead of fighting the giant in the conventional way – with armour and sword – he used slingshot and stones to fell him. It’s a lesson that Malcolm Gladwell draws on in his latest book, which charts the success of underdogs throughout history. And it’s a lesson that many businesses can learn from if they want to rise above their rivals by applying it when searching for new talent.

Getting the best talent is a key factor for success, particularly when your company is a “David” competing against an incumbent “Goliath”. To win this “unfair” competition for talent you need to do something the Goliath tends not to do. The following question helps us understand how and why.

Linda is 31-years-old, single, outspoken, and very bright. She majored in philosophy. As a student, she was deeply concerned with issues of discrimination and social justice, and also participated in antinuclear demonstrations.

Which is more probable?

(2) Linda is a bank teller and is active in the feminist movement.

The common answer is (2). But the probability of both events occurring together (Linda being a bank teller and active in the feminist movement) cannot be greater than the first one alone.

This classic “Linda problem” was developed by the famous behavioural scientists Amos Tversky and Daniel Kahneman. They argue that people can quickly and easily come up with a stereotype based on the description about Linda and then judge the second statement to be more similar to that stereotype. The image of an active feminist is so vivid that people cannot associate that with a (duller stereotype of) bank teller.

Our minds think like this all the time because the mental shortcut often saves time and energy and it is usually reasonably accurate. A similar phenomenon was famously documented in the book and film Moneyball. It told the story of the struggling Oakland A’s who, despite having one of the lowest payrolls in Major League Baseball, were able to win as many games as Goliaths in the league like the New York Yankees.

In Major League Baseball, many team scouts and managers evaluate the potential of young players based on whether they have the right “look” – one that’s similar to the stereotype of star players. When you can get it right more than 70% of the time and it only takes you, literally, a quick look, why bother checking players’ statistics?

It is the false negative errors made by Goliath teams that smaller teams can exploit. And they can gain advantage by paying the underdogs less than they are actually worth because they have been undervalued due to stereotype bias.

Companies have adopted similar strategies. The corporate law firm Clifford Chance, for example, employed a CV blind strategy in the UK to break the Oxbridge recruitment bias. A degree from Oxford or Cambridge is so salient that it easily creates a stereotype of elite and means many UK legal firms are over-represented by their graduates.

Of course, many of them are competent. But inevitably some Oxbridge graduates are overrated and become disappointments due to false positive mistakes. More importantly, firms can omit hidden gems from other universities due to false negative mistakes. Clifford Chance’s CV blind strategy forces evaluators to judge candidates’ potential based on track records instead of using the stereotype shortcut.

Similarly, many organisations have vowed to adopt a name-blind policy to fight against racism. This strategy should be even more appealing for smaller firms because hiring against the negative stereotype can help them identify hidden, undervalued gems that others overlook.

Goliaths often fail to learn from this mistake of being influenced by stereotypes when hiring talent. Successful firms tend to be overconfident and have little incentive to change strategy. On the one hand, missing hidden gems is an invisible error – employers rarely follow what happens to the candidates they reject. Moreover, those hired are trained and developed so they can perform competently even when they were really false positive hires. But this can falsely boost Goliath’s confidence in the stereotype hiring strategy. The implication is that the Goliath tends to develop a blind spot naturally, awaiting some smart David to exploit them.

One caveat for David companies who discover a winning way to do things differently: keep the success to yourself. The Oakland A’s did the opposite and let Michael Lewis write a bestseller on their strategy. The publication of Moneyball in 2003 marked the decline of their performances because the Goliaths started imitating their approach. There is a trade off between your ego and success: if you want to keep beating the competition, don’t let others know how you did it.

Chengwei Liu does not work for, consult, own shares in or receive funding from any company or organization that would benefit from this article, and has disclosed no relevant affiliations beyond the academic appointment above.