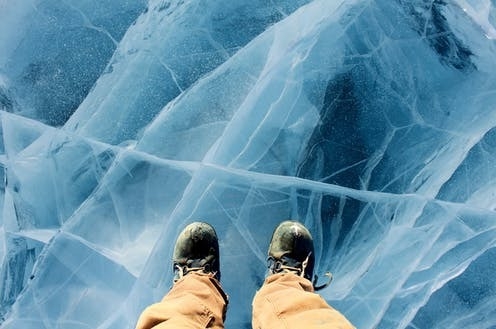 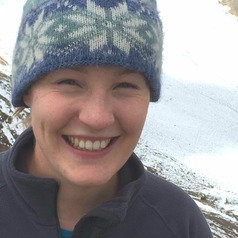 During the Antarctic summer, air temperatures get warm enough to melt snow and ice on the surface of the great ice sheets that make up around 99% of Antarctica. This melted water collects to form thousands of lakes around the edges of this vast continent. Most of these lakes form on gigantic platforms of floating ice called ice shelves, which extend out from the continent into the sea.

Lakes forming on the surface of these ice shelves can sometimes cause them to break up. The most famous example is the collapse of Larsen B ice shelf on the Antarctic Peninsula, which shattered entirely over a matter of weeks in 2002.

Satellites recorded the appearance and drainage of thousands of lakes on Larsen B’s surface before it broke up. Scientists believe meltwater from these lakes widened and deepened cracks and crevasses within the shelf in a process called hydrofracturing.

Ice shelves act as doorstops, supporting vast masses of ice known as glaciers that lie further inland. But if hydrofracturing forces them to break up, these rivers of ice that feed into the ice shelf flow faster into the ocean, contributing to rising sea levels.

Scientists have recently found that lakes are more extensive around the Antarctic ice sheet than previously thought. Endurance swimmer Lewis Pugh even swam one kilometre through one of these lakes in 2020 to raise awareness of climate change. But how much does the meltwater stored in these lakes vary between years, and how is this linked to climate conditions? This is something my colleagues and I have explored in a new study, published in Nature Communications.

Our research uncovers for the first time how meltwater lake coverage and volumes vary between years around the whole Antarctic ice sheet. We analysed over 2,000 satellite images of the East Antarctic sheet – the world’s largest – to record the changing size and volume of these lakes over the past seven years.

Until now, observations of surface meltwater lakes on the East Antarctic ice sheet were relatively scarce and their year-to-year changes were largely unknown, making it difficult to assess whether some ice shelves were close to breaking up under the effects of climate change. 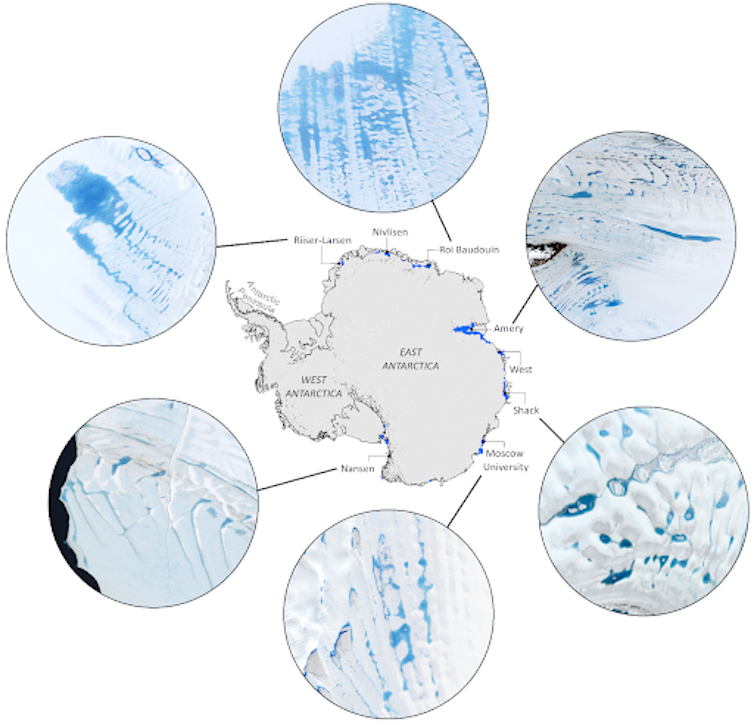 We found that total lake volume varies between years by as much as 200% on some ice shelves and by up to 72% across the entire ice sheet, with large differences between ice shelves. Across the whole ice sheet, total meltwater stored in lakes peaked in 2017. That water could have filled about 930,000 Olympic swimming pools.

Melting at the surface of the sheet doesn’t just form lakes: the water also seeps into air spaces in the layers beneath the surface, where it freezes as temperatures get colder. These layers, called firn, are made up of old snow that has not yet been compressed into ice.

If more melting occurs than snowfall each year, air in the firn becomes replaced with refrozen meltwater. When that happens, meltwater forming the next summer is forced to collect on the surface as lakes. The more surface melting there is, the more the firn gets saturated like a sponge and so the more lakes form on the surface, increasing the risk of fracturing.

To investigate lake variability between years, we ran model simulations of firn air content, surface melt and runoff on Antarctic ice shelves where lakes form. We found that across the whole ice sheet, summer air temperatures and the amount of air in the firn are important factors affecting the total area and volume of meltwater lakes. We’ve noticed on satellite images that on some ice shelves lake coverage is already expanding into regions vulnerable to fracturing. 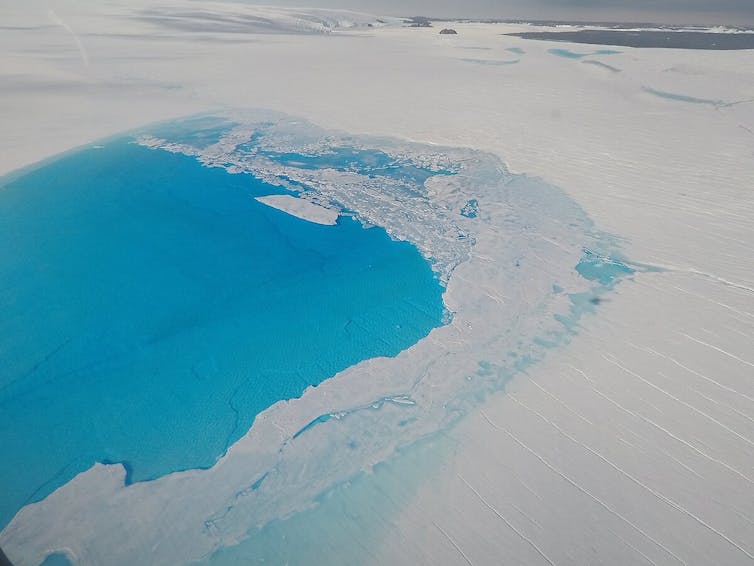 Interestingly, we found large differences between where we’ve observed lakes in satellite images and the amount of meltwater that can form lakes predicted by our models. This means local climate conditions are more important than we thought in predicting surface melting and therefore lake formation. Our climate models still need refining to allow these processes to be fully captured to better predict future surface meltwater around Antarctica.

In a warming world, these lakes are likely to continue to spread onto ice shelves that are vulnerable to breaking up. Our work is a step forward in understanding not just where lakes are forming now across the whole ice sheet, but what controls the way they change every year. This is key to predicting which ice shelves are most at risk of collapse, as well as for improving model projections of Antarctica’s contribution to sea-level rise.