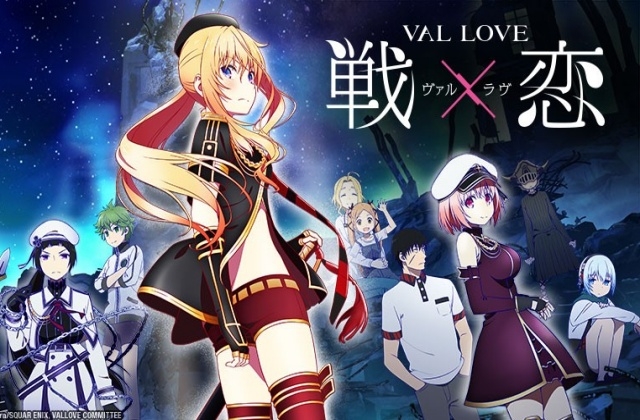 “Val x Love” season 1 is the newest anime around, and it just premiered this October. It is now on its eleventh episode and currently airing on Japanese networks that include AT-X, Sun TV, Tokyo MX, and BS11.

Luckily, Sentai Filmworks, the North American licensor, announced on Sept. 30 that it was able to get the rights for broadcasting outside of Asia. HIDIVE also relayed that it will be airing “Val x Love” season 1 as its streaming partner.

“Val x Love,” tells the story of a high school student named Akutsu Takuma. He is living a lonely life where he only studies, but he accepted the fact that this could be his fate. However, everything changed when the god Odin chose him to be the savior of the world.

He was given the mission to save the planet together with the nine Valkyries. With this, he is never alone again, but he just received a big responsibility that must be done well.

Crunchyroll further shared that “Val x Love” is action-packed and will be loved by the new generation of anime lovers. It was based on the fantasy manga created by Ryosuke Asakura. For the “Val x Love” season 1, it was directed by Takashi Naoya and assisted by Matsuo Asami under the Hoods Entertainment animation studio.

The main characters in the “Val x Love” series were designed by Kiyoshi Tateishi together with Yukiyo Komito and Toshimitsu Kobayashi with coloring from Ryoji Nagasawa. For the script, this aspect of the animation production s being handled by Tatsuya Takahashi.

Next Episode reported that “Val x Love” episode 11 will air on Dec. 14. It can be streamed through FUNimation, Crunchyroll, and AnimeLab. On TV, it will be out in Japan via the MBS network at 10 p.m. Fans can enjoy a 25-minute story of the upcoming episode titled “The Accepting Maden.”

Finally, the series is ending on Dec. 21 as the entire 12 episodes are released. Anime News Network noted that it was already previously announced that the anime will only have this number of stories for the first season. Check out the preview below: