Ukraine: how a controversial new language law could help protect minorities and unite the country 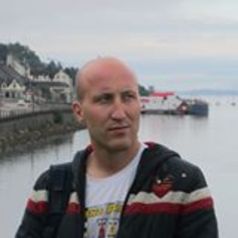 Ukraine is celebrating 28 years of independence – but since 1991 the country has struggled to find the right policies and practices to protect and promote Ukrainian, the state language. It has also tried to prioritise policies of inclusion for ethnic and linguistic minorities while supporting the languages and cultures of Ukraine’s indigenous peoples. A new law passed in July 2019, if successfully implemented, may finally help strike the balance.

Ukrainian is currently is the eighth most spoken language in Europe with more than 33m speakers. Along with Belarusian and Russian, with which it shares Cyrillic script, it is an East Slavic language. Despite having some similarities with Russian, it is a separate language. Russian is widely spoken in Ukraine with small concentrations of Romanian and Hungarian speakers in the west. Ukraine’s indigenous languages (Crimean Tatar, Karaim and Krimchak) are recognised by UNESCO as endangered languages.

Over the past three decades, Ukrainian politicians have too often, in my opinion, exploited the issue of language policy – especially the question of giving Russian official status in the country – as a way of mobilising their respective bases, at the expense of national solidarity and cohesion.

This is despite the fact that Ukrainians routinely rank the issue of language very low on a list of the country’s problems. In 2018, only 2.4% of Ukrainians viewed the status of the Russian language as the most important problem in the country. Despite this, the former Ukrainian president, Petro Poroshenko, made the support of the Ukrainian language a key element of his re-election campaign. But it didn’t give his campaign any discernible lift and he was ousted at the April 2019 election by comedian Volodymyr Zelensky.

In 2014, the Kremlin used the issue to justify its military aggression against Ukraine. Vladimir Putin repeatedly claimed that Ukraine’s post-Maidan government was targeting Russian-speakers in the country. Given that the government was led by native Russian-speakers, such as Oleksandr Turchynov and Petro Poroshenko, this was an absurd argument. But nonetheless, some western observers appeared to accept it.

The law, On the Provision of the Functioning of Ukrainian as the State Language, passed in April and took force on July 16. Unsurprisingly, it was met with a fierce reaction from the Kremlin, which called for the United Nations Security Council to debate the issue.

But beyond the political bluster, what are the actual features of this law and does it have the potential to allow effective functioning of Ukrainian and other languages and, at the same time, bring the country together?

The law affirms Ukrainian as the main language of inter-ethnic communication – a role most recently played by Russian and by German and Polish in earlier historical periods. It also ensures that information and services are available in Ukrainian – something that was not previously the case in the majority of cities in eastern and southern Ukraine, where Russian dominates in all spheres of public life. But the law also allows official interactions in languages that are “acceptable to both sides”, and it doesn’t completely rule out the use of Russian.

Drafts of the law in development were criticised for forcing media (including academic publications) to publish equal numbers in Ukrainian and other languages. It was argued that this makes the existence of such newspapers like the Kyiv Post – the most famous Ukrainian newspaper in English – very problematic. As a response to this criticism, the law was changed to allow publication in English and “other official languages of the European Union”. So, while supporting multilingualism, the law clearly rules out Russian as the language of inter-ethnic communication.

But the law’s requirements to ensure that all theatrical performances and 90% of films are in Ukrainian, with an undefined exception for “artistic necessity”, seem both unproductive and excessive.

The law also stipulates that language courses must be available in the languages of Ukraine’s ethnic minorities and, for the first time in Ukraine’s history, Ukrainian sign language is given protection and support. This empowerment has been somewhat overlooked in the recent comments on the law that mostly focused on the rights of Russian-speakers.

But Ukraine’s parliament has still to pass additional legislation on the rights of the indigenous people and minorities of Ukraine, which is required under the terms of the language law. This should provide additional mechanisms to protect the rights of Russian-speakers and other minorities. The newly-created party, Servant of the People, recently won power and has declared that it will “deal with this issue”.

As we’ve heard, despite the outside world’s obsession with language as one of the critical issues in Ukraine, only a small minority of people see it as a high-priority problem. The 2018 survey referred to above also showed people are far more worried about the ongoing military conflict and the effect it is having on living standards and the economy.

What’s clear, though, is that these problems won’t be solved without national cohesion. So, whether or not Ukrainians themselves think it important, the right formula for establishing Ukrainian as the official state language, as well as supporting and protecting indigenous and minority languages, will be key to helping the embattled country pull together.