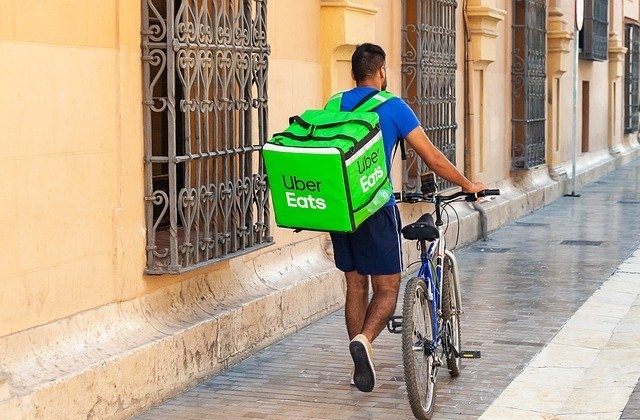 Uber Eats was revealed to have joined forces with Tokyo Smoke, so it will be able to accommodate cannabis orders in Ontario, Canada. Its deal with the Canadian lifestyle brand that focuses on the legal recreational cannabis industry will mark the company's entrance into the growing market for weed.

Tokyo Smoke is owned by Canopy Growth Corporation and with Uber Eats as a partner, customers in Ontario can now place orders for cannabis using the online food ordering company's app.

According to Reuters, Uber Eats added Tokyo Smoke to its marketplace's list of retailers on Monday, Nov. 22, so users can start placing their cannabis orders. Customers can pick up their packages at the nearest Tokyo Smoke outlet in the area.

Uber Eats and Tokyo Smoke's tie-up deal will help adults in Canada to buy cannabis legally and safely. In addition, since there is a legal way of buying weed online, it will also help fight the illegal markets that are operating underground that is said to be supplying 40% of all non-medical cannabis in the region.

It was reported that Uber has been eyeing the booming cannabis market for some time now, so this deal is like a fulfillment of a goal. It was mentioned that the San Francisco, California-headquartered company's CEO Dara Khosrowshahi told the media several months ago that they were mulling on delivering cannabis when it became legal in the United States.

In Canada, recreational cannabis was legalized more than three years ago. On Oct. 17, 2018, marijuana became legal in all provinces and territories for adults. This made Canada the second country to legalize recreational use of the drug.

However, with illegal producers taking control of the large share in the market, the nation is trying to fix this to improve the business. This is why Uber Eats' move to team up with Tokyo Smoke is advantageous for the local cannabis industry.

"We will continue to watch regulations and opportunities closely market by market," the spokesman for Uber told Reuters. "And as local and federal laws evolve, we will explore opportunities with merchants who operate in other regions."

The New York Post reported that Tokyo Smoke has around 50 outlets in Ontario so picking up orders made through Uber Eats is easy. There will be no delivery option for orders at the moment. Finally, it is not clear if this partnership in Ontario is just a trial or Uber has plans of further expanding its offering across Canada.