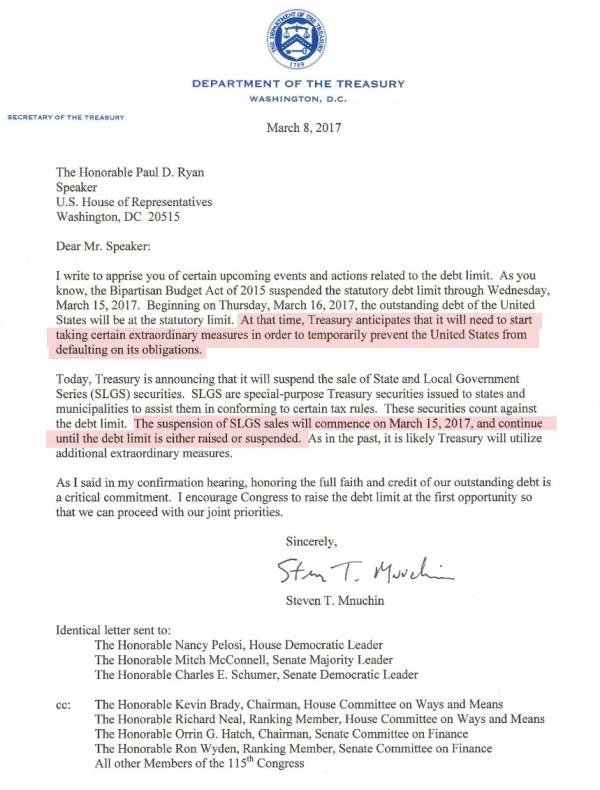 President Donald Trump’s Treasury Secretary Steven Munchin has warned the both houses of congress in an open letter of the looming debt ceiling, which is expected to get hit on March 15th. The image of the letter is attached. In the letter he said that the suspension of the statutory debt limit which was done via a bipartisan budget act of 2015 will expire on March 15th of this year and from March 16th, the outstanding debt of the United States will be at the statutory limit. He warns that after that treasury will have to take up extraordinary measures to temporarily avoid defaults on obligations. He adds that after March 15th, it would halt sales of state and local government series (SLGS) and the suspension would continue until the debt limit is either increased or suspended.

Lastly, he encourages the congress to raise the limit at the earliest. President Trump has been critical of debt-ceiling increases in the past. In 2013, he had tweeted the followings,

However, this time around, he is likely to support an increase.