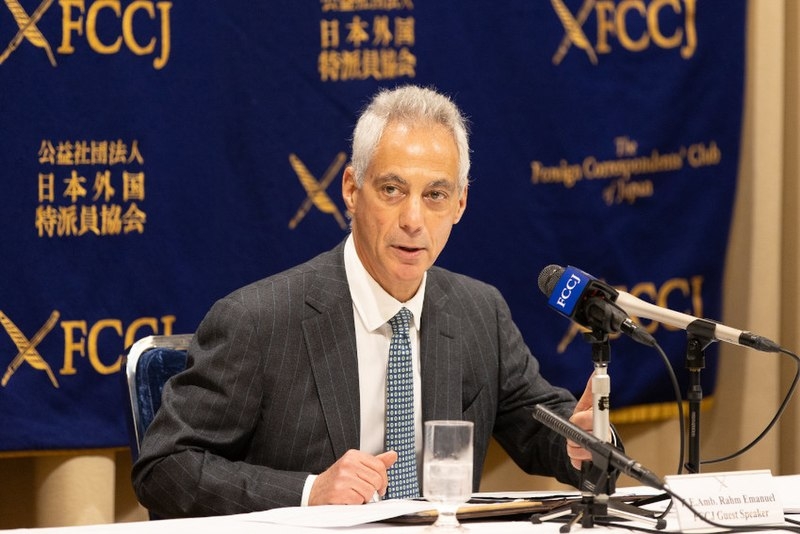 US Embassy in Japan / Wikimedia Commons

The United States, among other major world powers is looking to counter China’s growing influence in the world. The US ambassador to Japan says Washington and Tokyo are to pursue “commercial diplomacy” to counter Beijing.

In an interview with Reuters, US ambassador to Japan Rahm Emanuel said Washington and Tokyo are pursuing commercial diplomacy to counter China, noting the common areas of collaboration between the two countries are semiconductor chips, batteries, and energy.

Emanuel cited that one US company is already looking at a “major potential investment” related to chips in Japan.

“Commercial diplomacy is a big piece of an overarching economic collaboration and coordination between the United States and Japan,” said Emanuel.

This comes as the US and Japan agreed to establish a joint research center for next-generation semiconductors. The agreement was made Friday last week. The cooperation also comes as according to Emanuel, Beijing has used its economic strength to pressure other countries.

“There’s a pattern here: If they don’t like what you say politically, they put the muscle on you economically,” said the former Chicago mayor. Emanuel cited one instance over 10 years ago when China restricted rare earth export quotas after a territorial dispute with Japan.

Friday last week, the ministers from Washington and Tokyo issued a joint statement saying that they oppose “economic coercion” but did not mention China.

While the joint statement did not refer to Beijing, Secretary of State Antony Blinken said that the “coercive and retaliatory economic practices of the People’s Republic of China force countries into choices that compromise their security, their intellectual property, their economic independence.”

The White House has also pushed back on China’s increased warnings against a visit to Taiwan by House Speaker Nancy Pelosi.

The White House said Monday that it would expect China to escalate its response to Pelosi visiting the island nation. White House National Security spokesman John Kirby told reporters that the US will not be intimidated by China’s threats.

Kirby cited that China may try to fire missiles near the island nation, conduct large-scale military drills, or make further “spurious legal claims” that the Taiwan Strait is not an international waterway. The White House went on to say that Pelosi has the right to visit Taiwan, noting that Beijing would likely respond with military provocations.