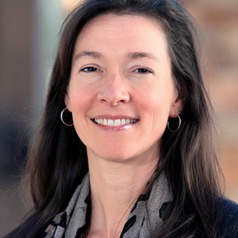 President Donald Trump met several times with Russian President Vladimir Putin while no other American was privy to the communication except for a State Department interpreter.

In July 2018, Democratic members of the House Intelligence Committee had proposed to subpoena the interpreter and her notes to find out what was said in the meeting, but the motion was rejected by Republican committee members.

Now, reports allege that President Trump took possession of the interpreter’s notes at the end of at least one private meeting with Putin and instructed the linguist not to discuss the content of the meeting with anyone, including other administration officials.

Democrats, now in control of the U.S. House, are reconsidering a subpoena to the interpreter to learn what was said.

I teach M.A. students of translation and interpretation and work as a conference interpreter. Here’s a brief overview of the role of interpreters and the ethics of the profession regarding confidentiality.

The role of an interpreter is to facilitate communication between parties who use different languages.

The code of ethics for professional conference interpreters states that they “shall be bound by the strictest secrecy, which must be observed towards all persons and with regard to all information disclosed in the course of the practice of the profession at any gathering not open to the public.”

Diplomatic interpreters are a subset of these professionals who must pass security clearances, and be mindful of diplomatic protocol and national interests. However, the ethics of confidentiality remains the same in diplomatic settings. Officials must be able to fully trust that interpreters will not reveal confidential information.

Diplomatic tradition has therefore respected the norm that interpreters should not be obliged to give testimony. I am not aware of any precedent to compel a diplomatic interpreter to testify about the substance of a meeting in which he or she was interpreted.

There are also practical considerations that could limit what anyone could learn from an interpreter’s notes.

Interpreter notes are systematic but vary greatly from person to person. They are designed to trigger the interpreter’s short-term memory, and provide an incomplete roadmap of what was said. 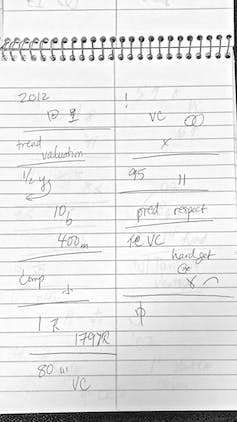 In some cases, the interpreter may take no notes at all for some portions of the dialogue. Or, the interpreter may be familiar enough with the subject matter that he or she only writes down items that are particularly taxing on the memory – like numbers or proper nouns. In other cases, the notes are a collection of arrows, squiggles, words and symbols that only the interpreter could decipher, and only when the echo of what was just said is reverberating in the interpreter’s short-term memory.

In other words, context matters.

Beyond this, the high focus and concentration required to faithfully convey the speaker’s message while juggling two different languages is such that recalling exactly what was said may be challenging even a few hours after a meeting is over, not to mention months later.

Given these ethical and practical challenges, compelling an interpreter to testify or provide interpretation notes may face ethical challenges and may not, in the end, prove useful.