There are some difficult questions to ask Netanyahu, but boycotting his visit won't answer them 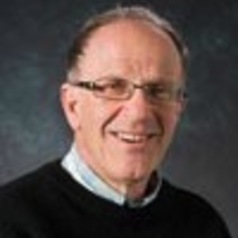 Tomorrow, Israeli Prime Minister Benjamin Netanyahu will begin an official visit to Australia. He will spend four days here, a considerable period for an Israeli leader to be away from home.

His will be a high-profile visit, shoring up the closeness between our two countries. Australia has been consistently one of Israel’s strongest supporters, and the current government was discomforted by former US President Obama’s refusal to veto a recent Security Council resolution condemning the latest round of settlements in the West Bank.

Several organisations and prominent citizens have argued against the visit, on the grounds that Israel is directly contravening international law with its policies in the territories it has occupied since the 1967 Arab-Israeli War. They are urging parliamentarians not to attend any event at which Netanyahu speaks.

There is little doubt that the Israeli government is increasingly flouting international law and seeking permanent domination of the occupied Palestinian territories. Other than the Trump administration, which is strongly pro-Netanyahu, this view is shared by Australia’s allies such as Britain, Canada and the European Union.

There are strong arguments for Australia to recalibrate its position on the Israeli-Palestinian conflict, and abandon its seemingly uncritical view of Israeli claims. The moral case for greater even-handedness is strong, but there is also a pragmatic argument that reflects Australia’s position as a middle power far distant from the conflict.

Unlike US President Donald Trump, Foreign Minister Julie Bishop has reaffirmed Australia’s support for a two-state solution. But this stance seems increasingly hollow when Australia continues to oppose the majority of governments that recognise Palestine as a de facto state. The two-state solution seems difficult to attain, but it remains a more attractive option than a greater Israel in which increasing numbers of people are denied full citizenship.

Boycotting Netanyahu aims at influencing both Israeli and Australian policies. Certainly, it is a dramatic way of drawing attention to the unease many feel at the one-sided stance of the Australian government. It echoes the calls by some pro-Palestinian organisations for boycotts, divestment and sanctions [BDS] against Israel.

Support for Israel has been a distraction for successive Australian governments. Under the Gillard government, cabinet was divided over acknowledging Palestine within certain UN agencies. Strong lobbying by Kevin Rudd and Gareth Evans meant Gillard’s opposition to the move was overruled, though one of her strongest allies on the issue was Bill Shorten.

The former foreign minister Bob Carr has spoken of a very powerful pro-Israeli lobby in Australia. But unlike in the United States, the Jewish community is small and of consequence in perhaps two federal electorates – Wentworth in Sydney (held by Prime Minister Malcolm Turnbull) and Melbourne Ports.

Carr, like former prime minister Bob Hawke, was once a strong supporter of Israeli governments; both men have now expressed doubts about the government’s apparent blank cheque for any Israeli claims. Senior Labor figures support greater backing of Palestinian claims for statehood, and debate on the issue divided the last Labor national conference more than any issue other than asylum seekers.

There may be dissident voices on the government side, but when Netanyahu meets the cabinet in Canberra he can expect to find only support for his hardline stance. It is not difficult to understand why those who despair for the Palestinians are urging boycotts and demonstrations.

But what do such calls achieve? Australian governments have hosted many leaders from countries that mock international law and human rights. If we are to boycott Israel’s prime minister, should we also boycott visits by leaders of Iran? Saudi Arabia? Sri Lanka?

And if the few parliamentarians who might question Netanyahu’s commitment to peace stay away, what is achieved? Should they not take the opportunity to ask hard questions of the Israeli prime minister about the basic contradictions of the emerging “greater Israel” solution that some of his supporters espouse?

Calls for boycotts and blacklists have become increasingly frequent, as in suggestions from the Greens to ban Trump from Australia. There are cases where leaders so flaunt principles of decency that we should not invite them. But in this case, we should instead demand that the visiting Prime Minister put forward concrete proposals for a meaningful peace process.

Dennis Altman does not work for, consult, own shares in or receive funding from any company or organisation that would benefit from this article, and has disclosed no relevant affiliations beyond the academic appointment above.