The psychology of Brexit – and how it could swing the vote 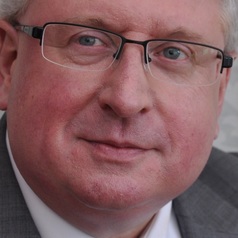 The debate over the UK’s continued membership of the European Union is fast coming to a head. British voters will soon have to make up their minds. Their decision will be influenced as much by the language of the debate, and the psychology it expresses, as the substance.

The Remain camp has two important allies: “loss aversion” and “fear of the unknown”. Fear is simple enough to understand although, as shown below, its effects are not. Loss aversion is a more exotic thing and is related to the “endowment effect” – we value things that we have much more than things we do not, especially when the negative aspect of the potential loss is magnified. If British people believe that they receive benefits from EU membership then they will be hard pressed to let them go.

For the Remain camp to strengthen its case, it needs to make salient that it is our EU, and the potential loss is yours which, indeed, is what they are doing. As the government pamphlet delivered to every household in the UK puts it: “It’s a big decision. One that will affect you, your family and your children for decades to come.”

Personalising this message certainly makes it more effective. The Remain camp should refer to problems caused by leaving the EU, such as more expensive holidays, travel restrictions, problems with retiring to European countries and so on. And they have done just that, too. The government’s pamphlet says, “EU reforms in the 1990s have resulted in a drop in fares of some 40% for lower cost flights.” They also remind Britons that EU membership gives them the right to access “free or cheaper public healthcare”. They go on to warn voters that there are no guarantees that UK citizens would keep these benefits if they left the EU.

With so much uncertainty, the Remain advocates must assume that British citizens will try and avoid potential loss and vote to stay part of the EU.

Some of the Leave campaigners, meanwhile, have relied on the fear of staying in. For example, Nigel Farage believes that Britain will be safer by leaving the EU. Referring to the sexual assaults in Cologne, Farage said immigration without security checks would “pose a threat to the cohesion of our societies”.

The Remain camp has also used fear as a weapon of persuasion. On the Andrew Marr show, David Cameron argued that “we will be safer, we will be stronger, we will be better off inside the EU”. The implications being that there is something to fear by leaving. And, for good measure, Cameron added a dose of loss aversion with his remark that “taking a leap into the dark is the wrong step for our country”.

To counter this fear factor, the Leave campaigner, Boris Johnson, reassured his fellow countrymen with Franklin D. Roosevelt’s statement: “I think the only thing we have to fear is fear itself”, adding for good measure “and fear isn’t even that scary at the moment”.

Despite Johnson’s bravado, the Leave camp has a much tougher psychological challenge on their hands. They need to be careful how they wield the fear stick because it may came back to punish them, as it did with Nigel Farage in the last general election when he failed to secure a parliamentary seat for himself. Making people fearful may lead to favourable poll ratings when they are asked on the street or over the telephone, but their voting behaviour may tell a different story.

Fear can lead to complex behaviour – it was designed by evolution to keep us out of harm’s way. When we are in a state of fear we assume one of three defensive postures: fight, flight and freeze. Voters may be angry about things (fight), especially when asked by a pollster, but on the day of the vote they may take flight (decide they are too busy to vote by distracting themselves) or freezing (staying at home). These last two defensive reactions are what we sometimes see as “switching-off”.

Fear is less of an issue for the Remain camp because most British people are familiar with the EU and don’t see it as an immediate threat in personal terms – a political or social threat is a different, and much less personal, thing.

Whatever the two camps do, they will rely on the model of effective communication known to “hidden persuaders” for many years: use the peripheral (emotion) route of changing feelings and motivation rather than the central (information) route. In other words, don’t use facts to change people’s opinion, use emotions. Clearly, the two camps are using emotional arguments to win, but what they really should be providing the electorate with are facts. This is the challenge for democratic debate: not to let the language of persuasion crowd-out the facts.

The language of the Brexit debate will be just as important as the substance. It may win the argument, but will it be in the long-term interests of the UK?