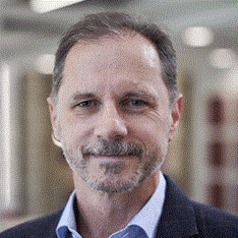 The number of people applying to study medicine has increased by over 6% in the last year, with many medical schools receiving over ten applicants for every university place. And so you might think that the UK’s future supply of doctors is in excellent health.

Don’t be so sure. Over half of doctors surveyed recently are planning to either retire early or to spend less time in clinical practice. And shockingly, recent figures reveal that only 37% of doctors completing their foundation years – the two obligatory first years in work after the five years in medical school – are going straight into training to become the surgeons, radiologists, anaesthetists and GPs of tomorrow.

Many in the medical world saw this coming. There has been a steady decline in these numbers since this survey began in 2011, when around 71% of foundation doctors elected to continue into their speciality training. Experience suggests that most doctors avoiding specialisms do return within three years, but a worrying 5% are lost for good.

One explanation for this worrying drop off is that young doctors are just not ready to commit to a chosen speciality on completion of their foundation training. Many argue that they need more time to either explore the options available or to contribute to research or voluntary work overseas.

I recognise this motivation: I spent several years as a senior house officer (SHO) – a service doctor not attached to a speciality training programme – in A&E, paediatrics, obstetrics and gynaecology, and anaesthetics before it became clear what I wanted to do, eventually training in anaesthetics and intensive care medicine.

During this time I accumulated a wealth of knowledge and experience and continued to serve the health system I’d trained for. Only around a third of doctors know what they want to do after foundation training, a remarkably similar number to those now dropping off the fast track to specialist training.

Much can be blamed on the NHS Plan 2000, which sought to “improve patient care by improving medical education with an efficient career path for doctors” and “modernised” the SHO grade by replacing it with fast-track run-through training. This effectively removed any opportunity to “try before you buy” your eventual career. The chickens are now coming home to roost, with young doctors with little clinical experience having to make big choices too early.

The other explanation for dropping out – burnout – is more worrying. The British Medical Association, along with many of the specialty medical royal colleges, has highlighted this as a growing problem among young doctors.

It seems incredible that young doctors could feel burnt out having barely started the career they dreamed of as a student. They are protected by working time directives; they are annually appraised; they work in quality-reviewed environments and are surveyed to within an inch of their lives to determine how satisfactory they find their training programmes.

All of this was alien 25 years ago. Yet despite all the “improvements” imposed on training, today’s young doctors seem to be the unhappiest generation that has ever been. As in most unhappy relationships, I believe both parties are contributing to the problem – the modern trainee doctor and the modern NHS.

What needs to change

Millenials and Generation Z (the post-millennials) have different expectations than Generation X, the central one being that they feel entitled to a good work-life balance. This seems perfectly reasonable. But placed in the context of a career nested in an increasingly bureaucratised, over-regulated, performance-managed, risk-averse NHS, a traumatic collision is inevitable.

Data shows a year on year decline in graduates feeling prepared for their jobs as foundation doctors, reflecting an increasingly difficult NHS working environment. Doctors’ jobs have always been hard, but the pay-off was that you were made to feel a special part of the NHS and nurtured within caring teams, given on-site accommodation and parking, and were able to cultivate a vibrant social life within your hospital to compensate for the stressful work and long hours. No more.

The disintegration of consultant “firms” – clinical teams under the leadership of a single consultant, which rarely exist now, a wholesale move to shift working, and perks “value-engineered” to non-existence have removed any buoyancy aids that once kept young doctors afloat.

The usual solutions to this growing problem can be reeled off depending on your perspective. Produce more doctors (to pour into the leaky bucket), make working life more flexible (to spend less time at work), improve training (oh Lord, not more inspections). But I guarantee that none of these will stem the outgoing tide.

On the one hand, we need to recapture the humanity of the NHS and make doctors feel more than grinding cogs in a brutal machine. The clinical family needs to be reconstructed to help cushion the stresses of everyday clinical work. On the other hand, doctors need to rediscover the moments of undiluted joy in the work they do. Those indescribable moments of delight when you realise you’ve made a difference to the life of another human being.

These changes are subtle and will not be brought about by governmental think tanks or well meaning educationists. That is what brought us to where we are. Let’s begin to think the unthinkable and chip away at mindless political correctness, impassive administration and litigation-paranoia. Doctors are too focused on the risks of getting it wrong, rather than the rewards of getting it right.

One thing is certain: if we keep doing more of the same we will get more of the same, a disillusioned workforce whose aim is to spend as little time as possible at the clinical coalface.