The latest medical assistance in dying decision needs to be appealed: Here's why 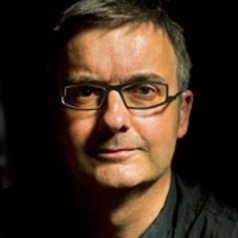 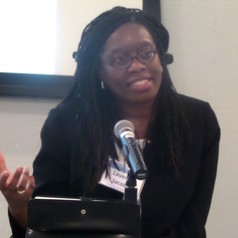 The federal and Québec governments appear reluctant to appeal what’s known as the Truchon decision, which invalidated Canada’s “reasonable foreseeable death” and “end of life” access criteria for medical assistance in dying.

The case was brought by Nicole Gladu and Jean Truchon, two Québec residents who each have physical disabilities that severely restrict their ability to complete daily tasks, remove or reduce significantly their mobility and cause intolerable pain. After being deemed ineligible to receive medical assistance in dying (MAID) because they were not at the end-of-life stage, they went to court to challenge the federal and Québec laws.

In response, the Québec Superior Court struck down the law’s requirement that people can only receive medical assistance to end their lives when death is reasonably foreseeable. Justice Christine Baudouin ruled that the law violated the right to life, liberty and security of the person, and discriminated against people with disabilities who aren’t near death.

Some health professional organizations in Québec have urged the federal and provincial government not to appeal the decision. We disagree. We feel strongly that they should appeal.

And here is why: The ruling raises important questions about the application of the Canadian Charter of Rights and Freedoms that require clarification. The court’s ruling undermines Parliament’s power to issue broad legislation aimed at protecting the rights and interests of people who are elderly, ill or disabled, and at preventing suicide. We also believe the use of some of the evidence in the decision raises concerns about its reasonableness.

The value and quality of a life

First, Justice Baudouin rejected two explicitly stated goals of the federal medically assisted dying law: the confirmation of the inherent and equal value of every person’s life, combined with the prevention of negative perceptions of the quality of life of persons who are elderly, ill or disabled; and the prevention of suicide.

As a result, she failed to evaluate whether the broader societal impact of an expansive MAID regime could justify the current restriction to end-of-life. Parliament explicitly introduced this restriction to balance the autonomy of people requesting physician-assisted deaths with the need to protect the interests of vulnerable people, as well as the broader societal interests of avoiding negative perceptions and preventing suicide.

Baudouin only ruled on whether the restriction is necessary to protect vulnerable people from being induced to end their lives. She concluded that as not all people with disabilities are vulnerable, existing medically assisted death practices will suffice to offer that protection.

By focusing only on the need to protect vulnerable people, she did not sufficiently consider the more complex evidence related to negative perceptions of the quality of life of people who are elderly, ill or disabled, or the challenges related to suicide prevention.

Disabled lives are worth living

The disability community has long expressed concern about how laws and policies reflect views that disabled lives as not worth living. These laws can result in practices that undermine the rights and well-being of people with disabilities and may influence how people think about disabled lives and what health-care choices they should have.

There are historical precedents for this concern: policies portraying disabled lives as not worth living were prevalent during the eugenics movement in the 20th century. In Canada, manifestations of the eugenics movement can be seen in the sexual sterilization laws designed to prevent people with disabilities from reproducing.

Even more recently, concerns have been expressed that gene editing casts a similar negative light on the existence of people with disabilities.

There are also concerns, fuelled by developments in the few countries that provide access to MAID outside the end-of-life context, that being elderly and fragile is increasingly accepted as a reason for a physician-assisted death and that this may create subtle pressure. A recent analysis of Dutch assisted dying cases of patients with intellectual disabilities and autism suggested that physicians’ value judgments and prejudices may have influenced how they evaluated their requests.

By rejecting the broader goals of the law, the court failed to fully evaluate why people with disabling health conditions make their decisions. This includes the way in which law, funding policies, social-support mechanisms, access to alternative treatments and societal and personal perceptions interact.

These longer term and broader concerns, as well as the impact on suicide prevention, were not taken seriously enough by the Québec Superior Court in its proportionality assessment under Section 1 of the Charter. They should have been.

A related problem underlies discrimination concerns. Baudouin invoked two reasons why the restriction to end-of-life is discriminatory: one is that it makes a distinction based on whether or not people’s health or disability brings them on a trajectory towards the end of their life. The second is that it distinguishes between people with disabilities who are at the end of their lives and those who are not. Both may be incapable of ending their own lives when they are suffering unbearably, yet only those at the end of life are being offered medically assisted deaths.

Baudouin is not the first to look at the law from the perspective of discrimination. But no majority of the Supreme Court has ever done so before, and perhaps for a reason.

We’re dealing with a criminal law-based limit on when health professionals can perform a radical life-ending procedure. To conclude that a policy limiting it to the end-of-life is discriminatory, it seems essential to look at all the evidence and arguments in support of this restriction.

By limiting the goals of the legislation, Baudouin failed to look at the delicate balance between providing access to medically assisted dying, protecting people against premature death and preventing stereotypes about the value of a life with disabilities, and in the context of a practice that raises unique challenges.

Unlike other claims of discrimination, this is not about claims of access to an unconditional good such as essential medicines, or high-quality supportive care, or accommodation to empower people with disabilities. We are dealing with an irreversible, life-ending act.

While death may seem desirable in some circumstances, there are unique concerns about the impact of MAID, precisely on those who are already disadvantaged.

More explicitly, while the MAID law indeed requires consent, these irreversible choices about ending a life are made in a complex social, cultural and health-care context, where lack of access to adequate care, lack of social support and overall ableist stigma have an impact on the choices people with disabilities may have.

Similarly, in Montréal, Archie Rolland, a landscape architect, decided to end his life instead of continuing to suffer at a long-term care facility that he said was treating him inhumanely.

The law’s end-of-life criterion should create the necessary space to prioritize substantive support for people with disabilities. We need more complex discussions around support for the rights to life of people with disabilities, including those in palliative care, not a reduction of the opportunities for this support by expanding access to physician-assisted deaths.

The judge’s analysis of the evidence

There are also reasons why an appeal court should review the reasonableness of the court’s use of evidence.

The relevance of much of the evidence (for example from suicide experts and disability studies experts) was already undermined by the court’s restriction of the goals of the law. But even in the assessment of directly relevant evidence — for example in determining capacity and distinguishing MAID from suicide in the context of mental illness — Baudouin too easily brushed aside the government’s experts as having only theoretical knowledge and being prejudiced.

They included leading psychiatric experts, including one with unique expertise on capacity assessments in the few jurisdictions that allow medically assisted death for mental health reasons, who had published several analyses on the topic in peer-reviewed literature.

In contrast, Baudouin appeared to take at face value two experts for the plaintiffs who currently conduct medically assisted death assessments in Canada’s system, but who have not done so in relation to mental illness.

It would send a terrible signal if both the federal and Québec governments concede that one judge can curtail Parliament’s power to promote broader societal interests in protecting people who are elderly, ill or disabled.

Given that we are currently in an election period, and that it will take time before a new government is put in place, it seems particularly important to create the time and space for careful assessment of our options in this complex area of policy-making.

In the interests of society, the attorneys general in both Québec and in Ottawa need to appeal this case.