‘The Winds of Winter’ News: George RR Martin Reveals Spoiler But Refused to Give a Release Date As He Always Misses It 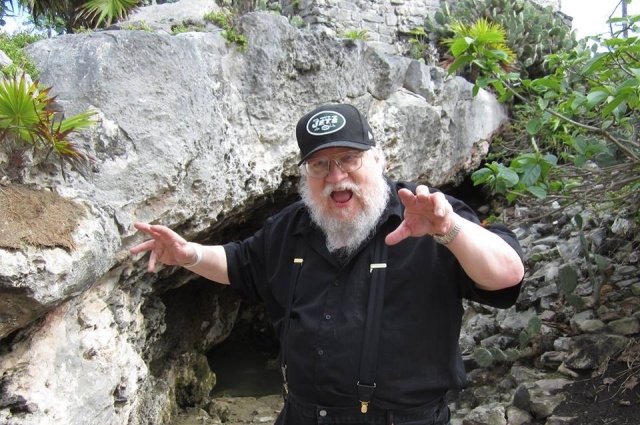 “The Winds of Winter” author George RR Martin unexpectedly drop some teaser for the upcoming sixth book in the “A Song of Ice and Fire” novel series. During his guesting at Neil deGrasse Tyson’s National Geographic’s StarTalk, he hinted that unicorns are coming to Westeros!

As per Newsweek, during the talk with the American astrophysicist and author, George RR Martin revealed that “The Winds of Winter” will feature unicorns and apparently the creatures will be on the seventh and the last book “A Dream of Spring” as well. The big spoiler was divulged when he talked about how he always strives to be accurate even if he is writing a fantasy story.

“I tried to be very accurate, for example, with horses - A lot of fantasy writers get horses all wrong,” he told Tyson.

The 70-year-old author added, “They make them these tireless beasts that can go anywhere and gallop for seven days straight. You don’t give the horses wings on their backs, like Pegasus.”

After saying this, the spoiler for “The Winds of Winter” came when George RR Martin went on to state, “I have an interesting take on unicorns coming up in the new books.”

The spoiler could really be a mistake as the author’s facial expression shows it was an accidental reveal. He also let out a big “Oops” so it can be assumed that he did not mean to reveal the new coming of new creatures to Westeros via “The Winds of Winter” book.

So, when will the fans read about the unicorns? George RR Martin said that he does not want to give any release date for “The Winds of Winter” anymore. This is because he only makes fans angry every time he missed the dates.

At one of “Game of Thrones” events, prior to the premiere of season 8, George RR Martin told Entertainment Tonight: “I have no date. I’ve given up giving dates because I give one and then I miss it and everyone gets mad. It’ll be done when it’s done.”

Finally, the author added that writing for “The Winds of Winter” has been going very well lately and although he did not say it, perhaps the book will be finish in no time now.