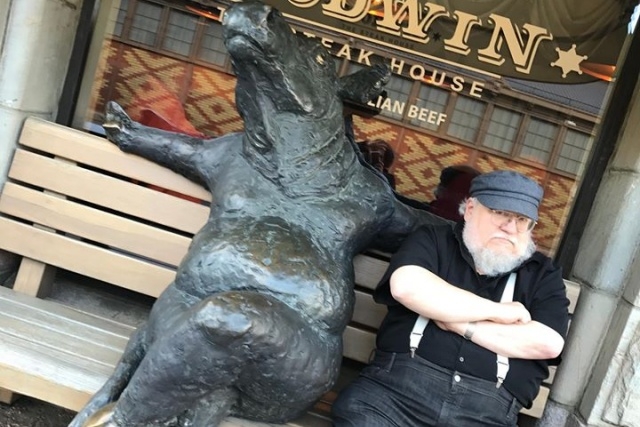 “The Winds of Winter” is still in the list of books that has yet to have a publishing date. It is one of the two final novels in George RR Martin’s “A Song of Ice and Fire” book series, and as of this time, already eight years in the making.

This is the sixth book, and the fifth one came out in 2011; thus, the anticipation for “TWOW” is not a joke. Many of the fans are already frustrated for the long wait, and Martin knows about it. In fact, he is trying to refrain from saying any publishing date since he already disappointed his fans many times as he could not fulfill his previous promised date of release.

But then again, it seems that this time, GRRM is confident that he can publish “The Winds of Winter” very soon because back in May, he posted a new statement saying that the book will be out by the end of July or August of 2020.

Through his personal blog site, the 71-year-old author wrote that “The Winds of Winter” will be on his hands by the time he visits New Zealand next year. He is attending the Worldcon there, and that was scheduled to take place from July 29 to Aug. 2, 2020, so the predicted date for the book’s release is around these dates.

Why fans think ‘TWOW’ is on the way

Now, there is fresh news that says George RR Martin is really done writing “TWOW” and is gearing up for the book release. Fans alleged that they spotted some indications that he will be making an official announcement any time now.

Firstly, they noticed that the author’s website for his books is showing a "Next Publication" section, which did not exist until last week. They assumed that this is in preparation for the coming of the penultimate novel in the “ASOIAF” series.

Secondly, someone mentioned that the windsofwinter.com website was updated. It stated that a company acquired the domain and currently updating its IP address. It was added that its DNS record shows something is set to be done with it, and fans could not help but think it is being set up for the promotion of “The Winds of Winter.”

“After many years of apparently being squatted, thewindsofwinter.com changed ownership on 11/24,” Ser Dunk, an observer, wrote. “The IP address now points to a small hosting company outside Vancouver. The DNS record was updated as recently as this morning. Somebody is getting ready to do something with this.”

However, some people headed to Reddit to voice out what they think about the suggestions that the new changes in the websites mean the release of “TWOW.” One Redditor said that the changes might mean nothing at all because the publishers may just be trying to prevent people from grabbing the URL for other purposes.

Finally, it seems too convincing that the changes may not be related to “The Winds of Winter” when another Redditor, Tucker McG, stated that it is common for website owners to “locked down the top level domains for their branded products/services even if they don’t intend to do anything with the domains. It’s a trademark protection strategy.”

He added that it is possible that changing the ownership of a site does not mean that something is going on. It may have just been locked down as advised by IP experts and does not necessarily mean that they will be put to use soon.