'The Winds Of Winter' release date: George RR Martin listed 'TWOW' as top priority in his writing schedule; Will he finish the book soon? 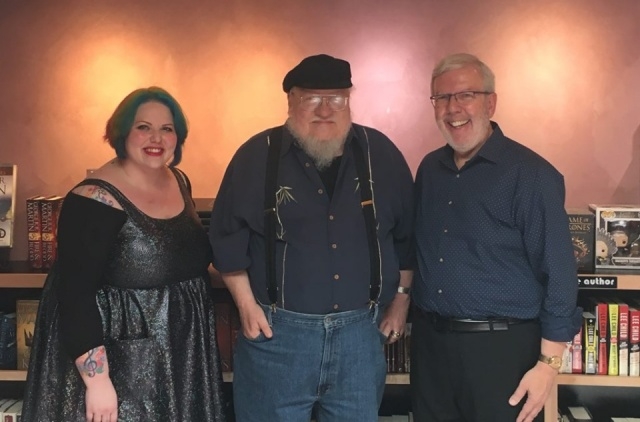 “The Winds of Winter” has been delayed for so many times already. In the almost eight years that the book’s release was postponed, it surely angered many fans but still, they continue to wait. And now it’s 2019 and they are hoping that George RR Martin will announce a sure date this time.

True enough, Martin understands how frustrated the fans are so he makes sure to give updates whenever he can. Recently, he revealed some details and good news about “The Winds of Winter” and they these hyped up the fans once again.

The characters to expect in the novel

George RR Martin participated in the Q&A activity for the “Fire and Blood” volume 2. During the discussions, he also talked about “The Winds of Winter” and shared that there will be obvious differences between “TWOW” and HBO’s The “Game of Thrones.”

The first thing that he revealed was the fact that many characters that the fans did not see in “GoT” finale will be in the upcoming novel. As per UK’s Mirror, some of the confirmed characters include Sansa Stark, Arya Stark, Arianne Martell, Aeron Greyjoy, Theon Greyjoy, Victarion Greyjoy, Tyrion Lannister and Ser Barristan Selmy. Of course, these surviving characters will be in the story too and they are Jon Snow, Daenerys Targaryen, Cersei Lannister, Jaime Lannister, Brienne of Tarth, Asha Greyjoy, Davos Seaworth, Samwell Tarly and Jon Connington.

As per the info published on the Winter is Coming, George RR Martin confirmed his writing schedule for his books. And fortunately, he placed “The Winds of Winter” on the top of his list. The order of the novels that he will be finishing starts with “TWOW” followed by “Dunk & Egg IV,” “A Dream of Spring,” “Dunk & Egg V” and lastly, the “Fire & Blood II.”

As Martin, previously stated, “The Winds of Winter” will be out by July 2020. He said that the book will be in his hands when he attends the WorldCon in New Zealand next year. He set this deadline himself so everyone is looking forward to the day he promised to release the novel.