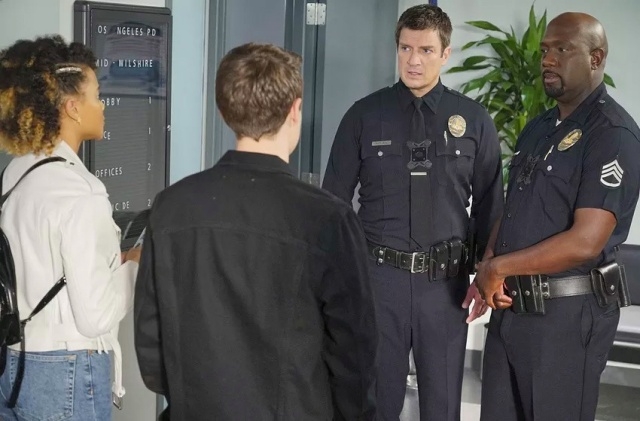 “The Rookie” season 2 will be arriving next month, and it's lead star Nathan Fillion is coming back to reprise his role LAPD recruit, John Nolan. However, someone is already leaving the show, and it was confirmed that Afton Williamson, who plays Talia Bishop, is set to exit.

She was part of drama since it premiered in 2018, but due to alleged mistreatment, while she’s working on the set, she decided not to return in “The Rookie” season 2. She alleged that she was bullied and racially discriminated, so she quit.

As a result of Willamson’s claims, ABC launched its own investigation on the matter. The network stressed that they were not taking the allegations lightly and stated that a good working environment and safety is their top priority.

The reason for Williamson’s exit

Because many people are asking why she will not be in “The Rookie” season 2, Williamson posted a lengthy post on social media to explain. On Aug. 4, the actress wrote: “I will not be returning for Season 2 of The Rookie. I owe it to you my amazing fans to share the Truth.”

She added, “Throughout the filming of the pilot, I experienced Racial Discrimination/Racially Charged inappropriate comments from the hair department and bullying from Executive Producers.”

The actress also said that she was sexually harassed and dropped the names of her “The Rookie” co-star and staff who she claimed tormented her. Some of the colleagues that she mentioned include the recurring guest star, Demetrius Grosse and Sally Ciganovich, the hair dept. head.

According to Variety, Grosse’s representative did not immediately respond to their request for comment. The show’s showrunner Alexi Hawley and lead actor Nathan Fillion could not be reached for comments as well.

What will happen to “The Rookie 2” - How will Talia exit?

Hawley spoke with TV Line and she shared that they have figured how Bishop will exit the show. They will simply transfer her to a federal agency so that they can cleanly begin the story for “The Rookie” season 2.