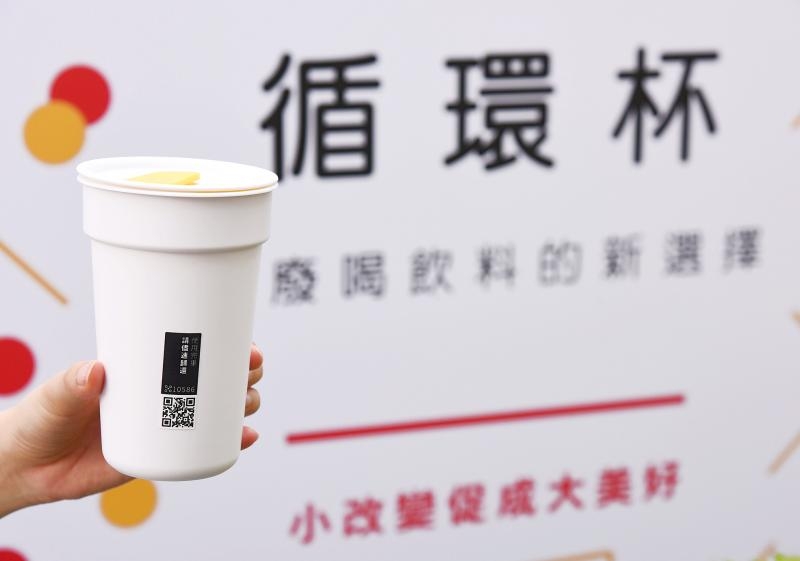 McDonald’s would provide drinks to Good to Go users and pay the electricity bills of the three new service stations. The rest of the expenses would be shouldered by the city government.

The Tainan city government is collaborating with McDonald’s Taiwan to enable users to borrow and return reusable cups free of charge under a cup-sharing platform dubbed Good to Go.

Three Good to Go service stations have been set up outside three McDonald’s branches on Simen Road, Dasyue Road, and Dongmen Road.

The cup-sharing platform is part of Tainan’s efforts to promote the circular economy while protecting the environment, according to Tainan Mayor Huang Wei-che.

McDonald’s would provide drinks to Good to Go users and pay the electricity bills of the three new service stations. The rest of the expenses would be shouldered by the city government.

McDonald’s customers who buy a drink or soup at any of its branches in Tainan with a Good to Go cup would receive three points on their point-accumulation card.

Five points can be exchanged for a free drink worth NT$33.

Those who sign up at a service station can use up to six reusable cups at a time at either a station or a partnered beverage shop in Tainan.

Users should return the cups within six days of their use at one of the six stations or 50 partnered shops or their membership would be suspended.

The cups would be cleaned and disinfected in line with Taiwan Food and Drug Administration standards.

Lin Li-wen, vice president of McDonald’s supply chain management, said she hopes the use of reusable cups will become prevalent in the city.

With McDonald’s huge customer base, the cup-sharing stations outside its branches would introduce more people to the platform, according to Hsieh Shih-chieh, director-general of the city’s Environmental Protection Bureau.

Tainan recycled disposable tableware amounting to 4.78 million kilograms in the first half of this year, increasing by nearly 400,000 kg from last year.