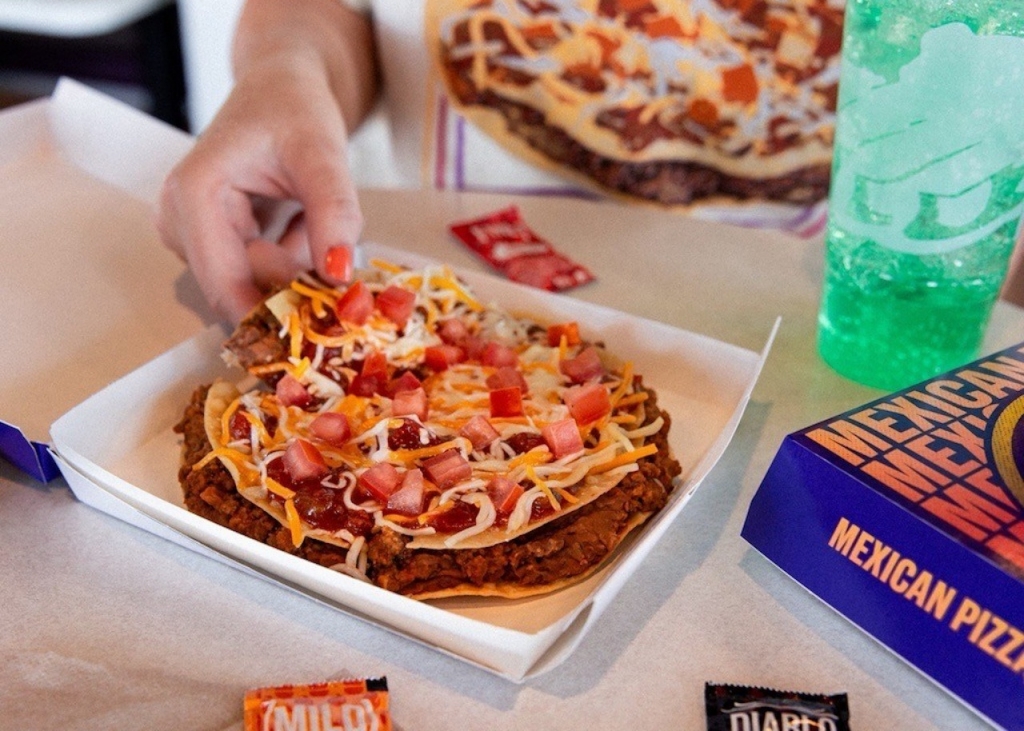 Taco Bell is finally bringing back its Mexican Pizza to its restaurants. The menu is apparently a big favorite among the customers and it is in fact, boosted the sales of the company.

Taco Bell announced that its popular Mexican Pizza is returning next month and it will be a fixed item on the menu after the release. The fast-food chain said that the item is set to arrive in the stores on Sept. 15.

As per CNBC, the Mexican Pizza was brought back by Taco Bell in May and after this, the demand from the customers was seven times higher compared to the previous period when it was first made available. With the hot response from the diners, the supply for the product has run out and the company was forced to cut short the availability period of the Mexican Pizza.

It was reported that one Taco Bell branch in California was able to sell more than 1,000 Mexican Pizzas in a day. The food item was made with refried beans and beef which the customers find really delicious.

The company encountered a supply shortage for the ingredients for making the Mexican Pizza due to the unexpected overwhelming demand. Fortunately, the supply issues were resolved and the food item was in the stores again. “Taco Bell worked diligently to resolve depleted ingredients and supply chain challenges,” the company stated.

Taco Bell customers are excitedly waiting for the latest comeback of their favorite Mexican Pizza and the company told them to “stay tuned.” In any case, fans are also said to be anticipating the release of “Mexican Pizza: The Musical” which will star Dolly Parton and Doja Cat. the musical has been delayed along with Taco Bell’s pizza dish.

Meanwhile, CNN Business reported that with Mexican Pizza, Taco Bell’s sales last quarter jumped. Its sales in the U.S. stores that have remained open for at least a year saw an eight percent increase in the three months ending on June 30. Within this timeframe, the restaurant sold over 20 million Mexican Pizzas nationwide.

“The benefit of things like the Mexican pizza is the connection it has with consumers and the halo it provides to the brand,” Yum Brands chief executive officer, David Gibbs, said during the analyst call on Wednesday this week. “It is just as much about the buzz and the relevance it creates for our brand as it is about the discrete amount of sales.”