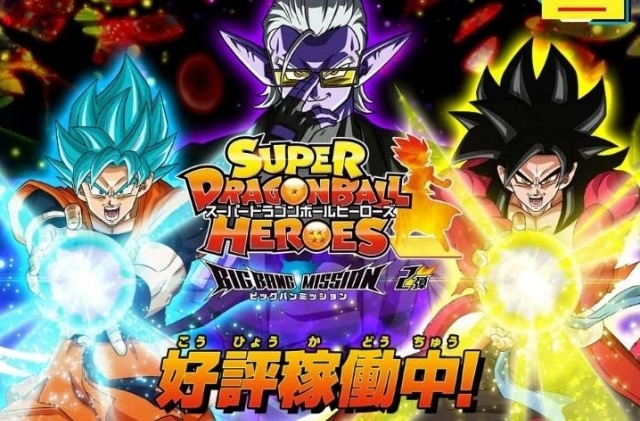 The “Big Bang Mission” arc of this anime is progressing well episodes are released every month. It has released five stories so fans are now waiting for “Super Dragon Ball Heroes” season 3 episode 6.

Although they post one episode each month, there is no fixed date so fans are only relying on announcements to know when a new episode is coming. Still, the viewers are thrilled even with the slow release time-frame of this Japanese animation.

Janemba has arrived and aside from Xeno Goku and Xeno Vegeta, the rest of the Z fighters were transported to hell to assist as the villain proved to be very powerful. Episode 5 was hectic because Janemba now possesses Vegeta and Goku’s Saiyan superpowers.

Dr. W collected Goku and Vegeta’s powers and infused it to Janemba. Thus, when the Z fighters faced him, they could not do anything. No one will be able to beat him but an unexpected help came when Majine Salsa and Putine showed up. The duo managed to give a blast that made Janemba fall to the ground but will see the continuation of this fight in “Super Dragon Ball Heroes” season 3 episode 6.

In the upcoming episode titled "Dragon Fist Explodes! Super Full Power Saiyan 4: Limit Breaker!" fans will get to see more of the newly-arrived friends. How they came to the battleground is also expected to be revealed. Vegeta and Goku may also boost their powers even more to outdo Janemba.

As shared by DBSChronicles on Twitter, the plot summary of “Super Dragon Ball Heroes” season 3 episode 6 reads: "During the fierce fight with Janemba, Salsa and Putine, the Demon Gods of the Dark Demon World, suddenly appear.”

It was added: “Following their advice, Goku and Co. entrust Goku: Xeno and Vegeta: Xeno with their powers. Red light starts to scatter form the bodies of the two Xeno Warriors and different colored aura envelopes them. How will this fight with mighty Janemba unfold?"

Now, as Dr. W upgraded Janemba to be a hundred-fold stronger, Goku and Vegeta will have to break their limits to finally overpower and destroy the villain. It is yet to see what Putine and Salsa will further do to Janemba to help the Z fighters eliminate this creature brought back by Dr. W. Meanwhile, the release date “Super Dragon Ball Heroes” season 3 episode 6 is still unknown.