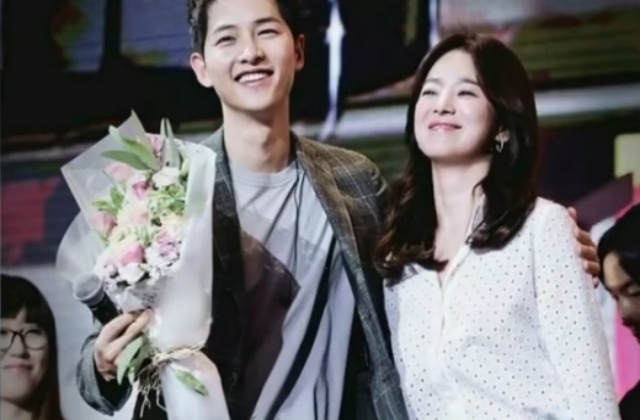 Song Joong Ki and Song Kyo used to be a power couple in the South Korean entertainment industry that is why their divorce was so shocking for their fans. What’s more, the pair was only married for less than two years, and yet, they have called it quits already.

Joong Ki and Hye Kyo had been dubbed as the Song-Song couple, and they met on the set of their worldwide hit drama “Descendants of the Sun.” Apparently, they developed special feelings for one another while filming, and here’s the timeline of their relationship that led to the divorce.

Filming and premiere of “DOTS”

In June 2015, Song Hye Kyo and Song Joong Ki started filming “DOTS” in Seoul. After a few months, they left for Greece and stayed there for a month to shoot important scenes, and they may have bonded even more at this time.

Their drama premiered in February 2016, and it was well-received. It was also aired in several countries including the U.S., France, Japan, England, Philippines, and Italy thus its earnings further increased.

Couple caught on vacation in Bali

Song Joong Ki and Song Hye Kyo’s dating rumors are swirling since 2016, but they both denied it. However, they were spotted in Bali in June 2017 and once again, their respective agencies stated that they were not together and it was just a coincidence that they were at the island at the same time.

On the actor’s side, they said that he was on vacation with his friends while the actress’s agency claimed that she attended a project meeting. They added that the two never met even if they were in Bali on the same date.

The following month, on July 2017, Blossom Entertainment and United Artists released a joint statement that confirmed Song Joong Ki and Song Hye Kyo’s dating status. This was followed by an announcement that the two are getting married in October of that year.

The wedding and going back to work

Hye Kyo and Joong Ki tied the knot on October 2017, and it was held at the Shilla Hotel. It was an intimate event with only their closest friends and family present. Nine months after the wedding, on July 2018, it was reported that the Song-Song couple is going to make their comeback via “Encounter” for the actress and “Arthdal Chronicles” for the actor. Both dramas premiered on tvN.

Finally, on June 26, Song Joong Ki and Song Hye Kyo shocked their fans when the former filed for divorce. The actor did not give exact reasons for their split, but he apologized to the fans and asked them to understand if he can’t share any more details. Their separation was finalized on July 22.