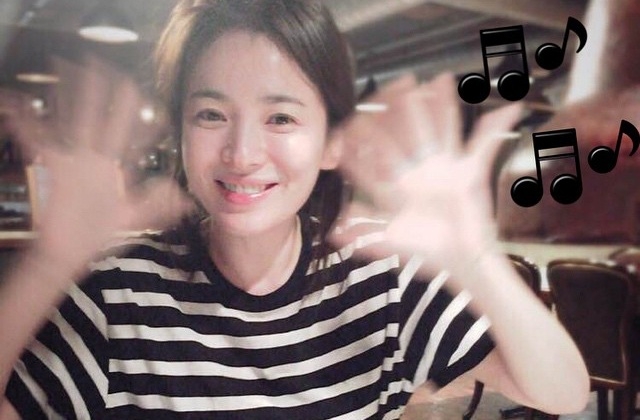 Song Hye Kyo is back in circulation, and one of her firsts projects this year is a photoshoot for the shoe brand that she represents, which is the SUECOMMA BONNIE. It has been eight months since her divorce from Song Joong Ki was reported and shocked the fans, and now they are officially singles again.

Despite the sad ending of their marriage, both Song Hye Kyo and Song Joong Ki seem to be doing better these days. The two have also resumed their work activities, and while the actor is busy with shooting films, the actress is mostly busy with brand endorsements.

On February 14, Song Hye Kyo shared snaps of her photoshoot on her Instagram, and everyone agreed that she managed to maintain her glamorous looks even with the stressful past year. The “Descendants of the Sun” actress showed off her posing styles, which complimented the mood that she must convey to highlight the designs of the shoes that she’s endorsing.

It was said that the new shoe styles are part of the spring 2020 design collection. The brand is featuring the GLOW sneakers, and Hye Kyo is doing a great job in promoting SUECOMMA BONNIE as she exudes elegance and stylishness in every photo.

Song Hye Kyo may also make her comeback in the acting department soon. It was said that a film had been offered to Song Joong Ki’s ex-wife, and she is currently looking at it closely.

Based on the reports, the movie is called “Anna,” but not much has been revealed about it yet. The sure thing is the fact that negotiations between Song Hye Kyo and the filmmakers are ongoing, and if everything will go well, this is the actress’ first acting job since confirming divorce from Song Joong Ki in June last year.

On the other hand, Joong Ki is filming Bogota, and he is currently staying in Colombia. They will be working there for three months, and the shoot had already started last month. This detail was revealed when his co-star Juana del Rio posted a photo of them together, and this was uploaded on social media.