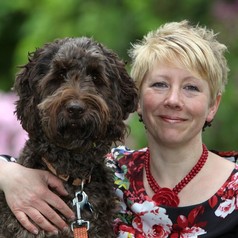 Sheep are surprisingly smart. New research from the University of Cambridge shows the animals can learn to recognise people from photographs, even people they’ve never seen in real life, such as celebrities.

The researchers tested the sheeps’ recognition abilities using images of famous people including Barack Obama, actors Emma Watson and Jake Gyllenhaal, and UK newsreader Fiona Bruce. While this is an amusing way to demonstrate what sheep can do, the research could actually have serious uses.

For one thing, increasing our understanding of sheep’s perceptual abilities could be used to argue for improved animal welfare. But sheep are also being used as models for understanding brain disorders such as Huntingdon’s disease and Parkinson’s disease, along with psychiatric disorders such as autism and schizophrenia. So learning more about their cognitive capacities could aid the work in this field.

In 2001, the Cambridge team showed that sheep could discriminate between photos of familiar sheep and humans and respond to the emotions portrayed in these photos. But they wanted to see whether sheep could actually recognise the people rather than just memorise familiar photos.

They used a computer screen to show eight Welsh mountain sheep the celebrity pictures, and then used food rewards to train the animals to select these familiar faces from a wider selection of pictures of other people and objects. The sheep could recognise the celebrities even though they had never met them personally and had only been introduced to a face-on photo. Incidentally, the sheep didn’t appear to have a preference for Emma, Barack, Fiona or Jake.

To see if the sheep were actually recognising people, rather than just memorising certain images, the researchers showed them photos of the celebrities taken from different angles. The sheep were able to correctly identify the celebrity 80% of the time, dropping to 66% for photos taken at a different angle. This compares to rates of 90% and 76% in humans.

This is an enviable record for the sheep given that they are recognising the faces of another species. (How many humans could recognise different sheep from their photos?) This sound scientific set-up was also able to time the sheep’s responses, showing they appeared as confident whether looking at the face in the same position as the original photo or from a different angle.

There was one final surprise for the sheep. After proving they could recognise faces of people they’d never met from two-dimensional photos, the sheep were shown pictures of their regular human handler. Although they hadn’t been trained to recognise these images, they selected them over the unfamiliar photos anyway.

I was asked if, as an Ig Nobel laureate myself, I thought this recent Cambridge sheep study would be a contender for an Ig Nobel award, the prize for science that “first makes you laugh, then makes you think”. Celebrity-spotting sheep might sound funny but the science involved in this study actually isn’t sniggerable.

First it makes an interesting contribution to animal science, showing sheep have much greater cognitive abilities than many people realise. This includes farmers, who often manage hundreds of animals with little actual contact, in the presence of dogs and during unpleasant experiences such as worming or shearing. This means sheep are usually at their least composed around humans, without the inclination to show off their impressive cognitive capacities.

My own work and that of colleagues in Scotland has found that ewes can identify pain in their lambs who have undergone tail docking or castration. Another recent study demonstrated that it is possible that sheep have a sense of self and can recognise themselves in a mirror – something we only know is possible in very few species, including chimpanzees, dolphins, elephants and magpies.

Learning more about sheep’s cognitive abilities could also feed into work on using their brains to study neurological conditions in humans. We know that the neural networks that sheep’s brains use for face perception are similar to those used by human brains. That means that we might be able to use sheep to test treatments for human diseases where patients lose the ability to recognise faces or emotions, such as Huntington’s disease.

If sheep were on the Ig Nobel judging panel, they would laugh at the idea that people are surprised at their abilities. (And we know that animals really can laugh. And they might also be interested to know that Ig Nobel prizes have been awarded for studies showing many human identical twins cannot tell themselves apart visually. Or that humans with an itch on the left side of their body, can relieve it by looking into a mirror and scratching their right side. This research suggests that actually humans aren’t as good at visual recognition as we perhaps think.

Catherine Douglas does not work for, consult, own shares in or receive funding from any company or organisation that would benefit from this article, and has disclosed no relevant affiliations beyond their academic appointment.