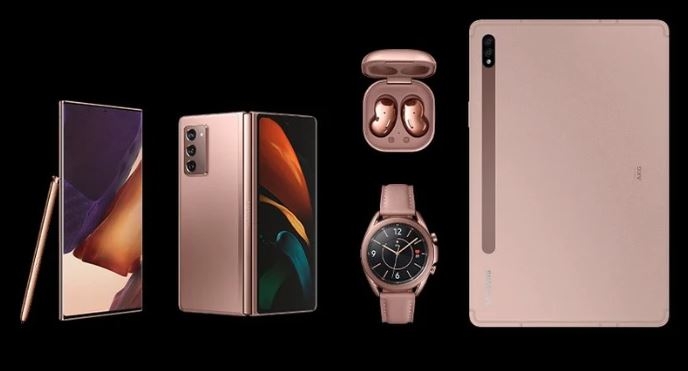 Samsung launched its previous premium S20 model in February as the pandemic began.

However, people turned to cheaper models like those from Huawei during tough times, causing Samsung to cede its top ranking to the Chinese brand.

It is thinner with a more resilient hinge than the first iteration Fold.

Samsung said that more details and preorders would be available on Sept. 1 without disclosing the price.

The new Note 20 has 5G connectivity, a larger screen at 6.7 inches, an S-Pen stylus for enhanced writing features, and over 100 console and PC games via an Xbox cloud service tie-up.

According to PP Foresight Tech analyst Paolo Pescatore, its high price could deter some buyers, especially during challenging competitive and economic environments.

Analysts don't see Apple fans jumping ship to the new Samsung model as the 5G iPhone is for launching this year,

Samsung posted a 29 percent on-year decrease in shipments in the second quarter, the biggest drop among top vendors.

Apple had an 11 percent on-year shipment growth, while Huawei posted only a 5 percent plummet.

The global smartphone market shrank about 16 percent on-year in the second quarter, a larger plunge than in the first quarter.

IDC expects it to improve slightly in the second half.