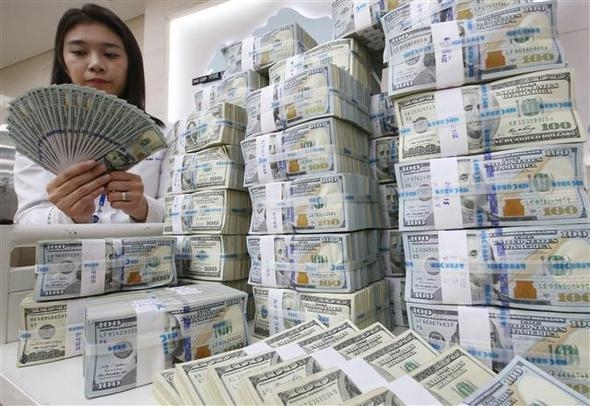 South Korea’s foreign exchange reserves reached a record high of $410.75 billion in June, having gained $3.44 billion from May due to profits and investment returns from overseas assets and a weak dollar.

The June increase marked a third consecutive month of gain after a $3.33 billion hike in May and $3.77 billion in April.

In March, the forex shed $9 billion.

Foreign currency deposits slipped by $3.97 billion to $26.04 billion in the said period.

The country posted special drawing rights of $4.25 billion in June, up by $260 million on-month.

South Korea ranked No. 9 globally in the size of foreign reserves, as of June.

The Bank of Korea intends to put up a US dollar funding scheme to create a cushion for the liquidity risks of insurers and brokerages that use forex reserves.

Under the scheme, short-term dollar loans would be offered through repurchase agreements, swapping US treasuries for dollar via auctions.