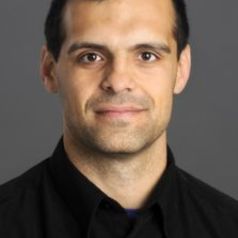 But what happens when the immune system thinks your nervous system is the enemy and attacks your body? This autoimmune response is the sad reality of those afflicted with multiple sclerosis (MS).

MS is a debilitating disorder affecting millions of people worldwide. MS involves progressive paralysis, pain, memory impairment and often results in death. Canada has the dubious distinction of having the highest rate of MS in the world. The reason for this high rate of MS is not known.

Thus, my goal is to not only understand these diseases from a scientific perspective, but to also devise treatments and new approaches to improve quality of life. When it comes to MS, I have a very personal connection, as I have several close friends who have been diagnosed with the disease.

A Trojan horse for immune cells

The nervous system consists of millions of connections, similar to bundles of wire. Like wires in your house, they are insulated, protecting them from the environment and allowing for rapid communication between cells.

Unlike wires in your house, this insulation is made of a fatty material called myelin. In MS, this myelin sheath is destroyed, leaving the neural connections bare. This results in neurons failing to send signals, leading to paralysis and eventual death.

Symptoms of MS can range from fatigue and difficulty walking to bowel dysfunction and sexual dysfunction.

Currently there are few treatment options for MS, with most treating symptoms and not the disease itself. Some front-line therapies attempt to modify the immune system, but do so by suppressing the entire immune system, thus rendering the patient susceptible to infections.

The approach that we have developed is to target specifically the cells that are causing disease. By removing the cells that cause the disease, it is hypothesized that this will allow the body to repair itself, and thus improve quality of life outcomes in patients.

We have a novel approach to directly eliminating the cells that cause MS, akin to the Trojan horse employed by the Greeks. We trick the defective immune cells into thinking they are attacking the body, when they are in fact being attacked themselves.

We use a protein construct built from three proteins. The first protein mimics the fatty insulation that surrounds the neurons (myelin). This should, in theory, cause immune cells that are searching for this protein to bind to our drug. The second protein is an internalization sequence, that causes any cell that binds to the first protein, to take up our drug.

The third protein is a death cue. Thus any immune cell that binds to our construct will take up the entire protein sequence and then die. In the healthy individual, there should be no immune cells that recognize this protein. In the MS patient, the aberrant immune cells are specifically eliminated.

In our studies, we have tested this in mice with surprising results. We found that the aberrant immune cells were specifically eliminated. But more important were the changes in the mice’s ability to move. Treated mice were quickly able to regain the ability to walk.

We have replicated this study several times with the same result each time. We are currently investigating what the upper dose limit of this compound is, to determine safety ranges.

While we are quite excited with the results, there remains quite a bit of work to be completed. We intend to test our compound on blood obtained from MS patients. By isolating their blood, we would be able to test our compound in a petri dish and observe the effects on their immune cells.

By combining our animal models with human test subjects, our intention is to rapidly translate our study into humans in the near future.

An interesting application of our technology is that it can also be used in a variety of other autoimmune diseases. In such cases, the protein that is being attacked by the body can be easily swapped out for another — then the drug will work on those aberrant cells as well.