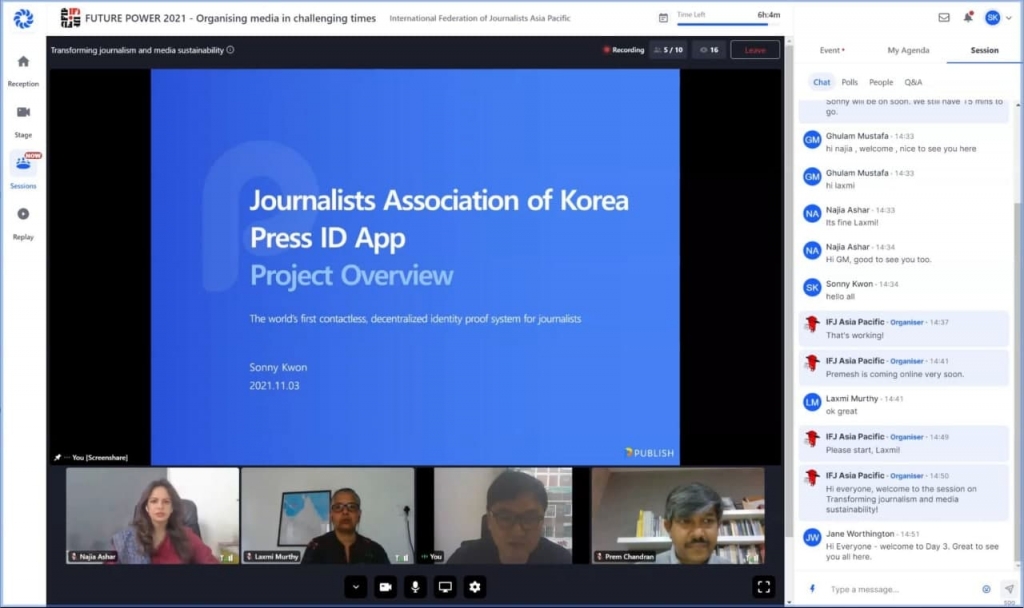 PUBLISH is honoured to have been invited by the International Federation of Journalists (IFJ) Asia-Pacific to give a talk as part of a three-day virtual meeting from November 1-3 on the theme of “Future Power 2021 - Organizing media in challenging times”.

In the presentation, PUBLISH CEO Sonny Kwon gave an overview of a press ID app PUBLISH is building in collaboration with the Journalists Association of Korea (JAK). He explained that the mobile application, which leverages decentralized identity (DID) technology to manage press credentials, would help the JAK combat misinformation and reduce administrative costs associated with its current press credentialing process.

Of note, Sonny suggested that the app would help bring more transparency to the news media landscape, all the while verifying and protecting the identity of journalists in high-risk areas around the world.

The IFJ, the world's largest organisation of journalists, represents 600,000 media professionals from 187 trade unions and associations in more than 140 countries. Established in 1926, the IFJ is the organisation that speaks for journalists within the United Nations system and within the international trade union movement.