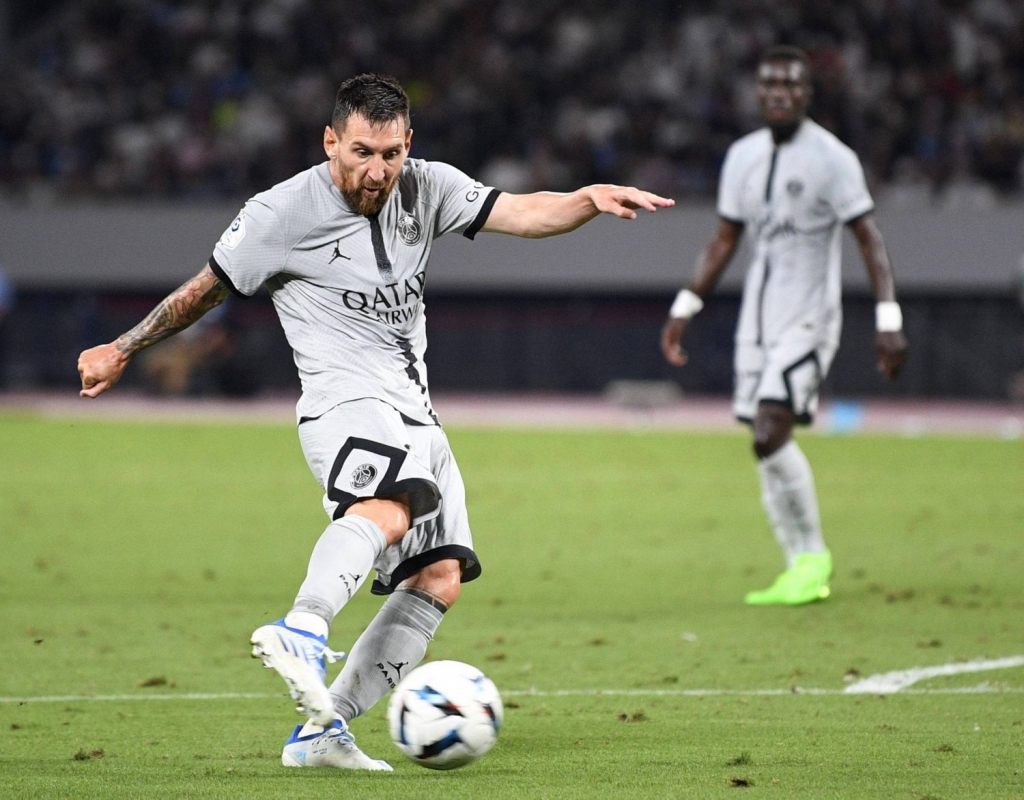 Lionel Messi of PSG entertains fans during the Japan tour.

Paris Saint-Germain revealed it surpassed JP¥100 million in sales for Fanatics in its opening game against Frontale and set a revenue record in the second game against the Urawa Reds during their pre-season tour of Japan.

Over 100 products were available in each store, over half of which were created just for the tour.
The game against Frontale was held at the National Stadium in Tokyo on Ju;y 20 July, while the game against the Urawa Reds was on July 23 at the Saitama Stadium.

The results of this tour have far exceeded Fanatics' expectations.

For the tour, Fanatics worked in partnership with the club to create a range of bespoke products designed specifically for Japanese fans.