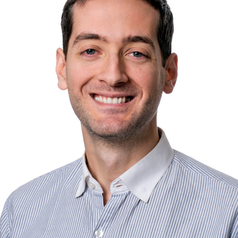 One of the biggest turnoffs for US investment and workers is also the biggest pet peeve for locals – housing affordability. Our research finds lifestyle factors are what makes Australia stand out from other international destinations.

We combined 13 in-depth case studies of firms with strong ties between the United States and Australia, a survey of business attitudes on foreign investment, and rigorous economic analysis in our research into the A$1.47 trillion two-way US-Australia investment relationship (A$860 billion of which is US investments in Australia).

Australia undoubtedly benefits from its world-class universities, low sovereign risk and good governance. It also benefits from its strategic position as a gateway to important Asian markets with an internationally mobile workforce.

Yet as innovative and business-friendly as Australia has become in its short history, what makes Australia stand out to international workers is its quality of life.

We found this not only attracts highly skilled and internationally mobile individuals, but it also makes Australia a compelling place for them to settle. Families are drawn to Australia’s good health system, strong schools, low crime rates and unblemished physical environment. These “lifestyle dividends” have been enormous for Australia.

Hard to find a home

The two cities that by most measures attract the majority of foreign talent – Sydney and Melbourne – maintain exorbitant housing prices. This makes the desirable Australian lifestyle unattainable for even highly skilled and highly paid talent.

Some of the most attractive areas for workers relocating from overseas, such as coastal areas in Sydney near to the central business district, are the most expensive. Given the geographic size of cities like Sydney and Melbourne, living further away from these areas may not only be less attractive in terms of amenities, but also involve substantial commuting times. That represents a significant decrease in the quality of life.

There’s significant policy debate in Australia about how best to resolve the housing affordability crisis. The fixes include a combination of increasing housing supply (for example, through land releases and zoning changes) and reducing demand-side drivers (such as negative gearing).

We found that it’s not just public policy on housing affordability that’s affecting investment. The urban environment – ranging from infrastructure and public transport to school systems and cultural attractions – will also face increasing pressure given projected population increases in Sydney and Melbourne.

For many of Australia’s most remarkable success stories in innovative technology, from Atlassian to Google Maps, what attracted the talent here in the first place is not Australia’s innovative environment as much as their appreciation of Australia’s attractive quality of life, particularly for young families.

One of the businesses we looked at was Amazon Web Services (AWS), the innovative cloud computing division of Amazon.com. It’s responsible for up to a third of global web traffic through its on-demand virtual computing and hosting platforms for businesses, governments and individuals.

Managers at AWS believe that the best locations attract the best employees, which in turn helps attract and retain the best customers. Given Australia’s desirable and family-friendly environment, as well as reputation for early adoption of new technology, Australia encourages this valuable chain reaction.

It gave them dramatically more computing power and server capabilities in a cloud format at a fraction of the price of traditional onsite facilities. It’s paid for on a “pay as you go” basis rather than having to guess and buy all IT capacity upfront for a few years ahead.

The government has made it clear it wants an innovation-focused high-skills-based economy. It has laudably embraced an innovation policy while other governments (notably in the US) have not.

It should realise, however, that innovation policies cannot be divorced from other public policies – particularly the sort that ensure that Australian cities are great yet affordable places to live and work.

Ultimately, such policies will be critical for attracting and maintaining increasingly mobile human and financial capital to Australia – the sort that has paid off handsomely for Australia’s economy.

The US Studies Centre at the University of Sydney received funding for research on the US-Australia economic relationship from the American Chamber of Commerce in Autralia.